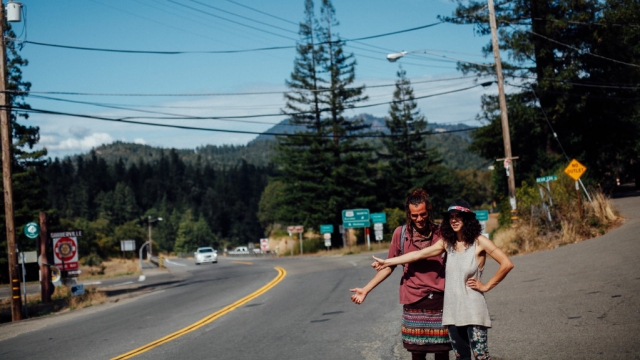 SMS
Human Trafficking Is Booming In California's Shadowy Weed Industry
By Zach Toombs
By Zach Toombs
September 13, 2016
In one weed-growing county in California, 352 people were reported missing in 2015. That's more than in any other county in the state.
SHOW TRANSCRIPT

You can see the full investigation from our partners at Reveal here.

"None of this is monitored," a marijuana trimmer told Reveal. "No one's going to know you're here or not here. It's easy to go missing, I guess. It's easy for bad people to take advantage."

In just one weed-growing county, Humboldt County, 352 people were reported missing in 2015. That's more missing people per capita than any other county in California.

The weed industry attracts a lot of young workers. Many of them have stories of abuse at businesses operating outside the law. Legalizing weed could help bring the industry out of the shadows. Californians vote on the issue in November.