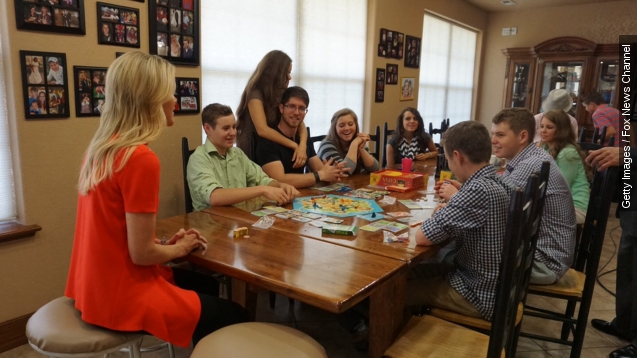 A new report claims the Duggar family did not cooperate when police and the Arkansas Department of Human Services came to their home for an investigation on May 27.

In Touch Weekly got a hold of the 911 call the DHS representative made after not being allowed inside the Duggar's home. The caller said, "We have an investigation and I guess they're not being cooperative. We have to see the child and make sure the child is all right. So we just need police assistance."

It's unclear why the Arkansas DHS was investigating.

The date of that 911 call does come just days after In Touch Weekly broke the story that Josh Duggar had molested several minors when he was younger, and that his parents didn't report it at the time. (Video via ABC)

Duggar later publicly apologized for his actions in a statement on his Facebook page, saying, "...I acted inexcusably for which I am extremely sorry and deeply regret. ... I understood that if I continued down this wrong road that I would end up ruining my life."

Fox News reports the DHS investigated the family back in 2006, after an unknown person reported the abuse.

TLC has still not announced whether it's canceling the Duggar family's "19 Kids and Counting" show. So far, the network has only pulled the series from its schedule.