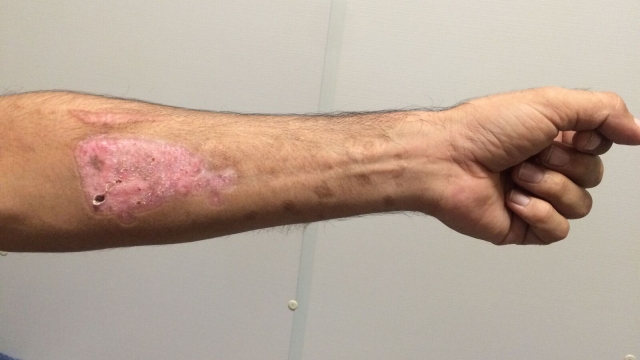 Two human rights groups have accused the Australian government of ignoring alleged inhumane treatment of refugees who are being held on the Pacific island of Nauru.

And those groups claim the alleged abuse is meant to deter other asylum seekers from going to Australia by boat.

"We choose Australia because at least we thought it's a first-world country, and it supports women and children's rights. But we were just wrong. I mean, they've tortured us for three years now," said one refugee.

According to a joint report from Amnesty International and Human Rights Watch, many refugees sent to Nauru are physically assaulted by the island's locals, frequently denied medical care by health workers who have been hired by the Australian government, and often attempt suicide.

A senior director of research at Amnesty International told The New York Times: "Australia's policy of exiling asylum seekers who arrive by boat is cruel in the extreme. Few other countries go to such lengths to deliberately inflict suffering on people seeking safety and freedom."

More than 1,000 refugees, including dozens of children, are reportedly being held on Nauru. About half of them live in a government-funded detention center, while others live elsewhere on the island.

And, according to the report, it's the people outside the detention camp who say they are often subjected to harsh conditions.

Reports of abuse, crowded living conditions and suicide attempts have been coming out of Nauru for years.

Just this year, two refugees on the island set themselves on fire. One died from his injuries, and the other sustained severe burns to most of her body.

The Australian Department of Immigration and Border Protection has denied "many" of the accusations, saying it "would encourage Amnesty International to contact the Department before airing allegations of this kind."

The department has refused to comment on what exactly it's refuting in the report.

This video includes clips and images from Amnesty International, clips from SBS World News and 9News and an image from Getty Images.