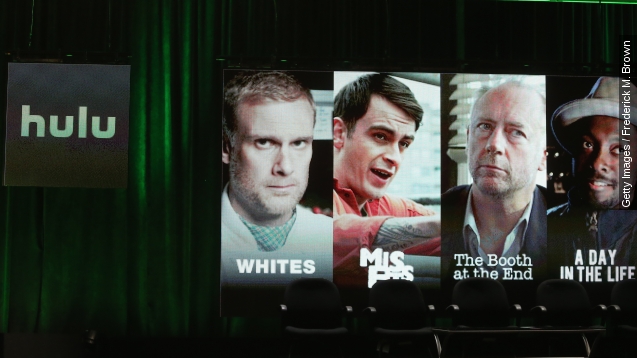 SMS
Hulu Stays On Binge-Watching Diet, Rations Original Series
By Lexie Hammesfahr
By Lexie Hammesfahr
August 10, 2015
Hulu announced it won't get on the binge-watching bandwagon but instead will continue to release new episodes of its original shows every week.
SHOW TRANSCRIPT

At the Television Critics Association press tour Sunday, Hulu senior VP Craig Erwich said the streaming service will stick with traditional show release patterns — meaning Hulu's original series will release weekly instead of all at once.

He said the company values the concept of a weekly watercooler discussion, which is something competitors Netflix and Amazon can't necessarily do with their original shows. (Video via Hulu)

And aside from the advantage of being able to build hype every week, this release strategy allows seasons to air closer together since producers don't have to film an entire season before releasing to the audience.

After all, it's less daunting to catch up on a series airing every Sunday versus knowing your peers are binge-watching an entire season the moment it's released.

But if you prefer to binge-watch several episodes at once, don't worry. All episodes are available on Hulu after the original air date.

Hulu's new slate of original programming will help the service compete  with Netflix and Amazon.

"Difficult People," which is produced by Amy Poehler and stars Billy Eichner, has already received rave reviews from critics.

After Fox canceled "The Mindy Project," the show will go to Hulu in September.