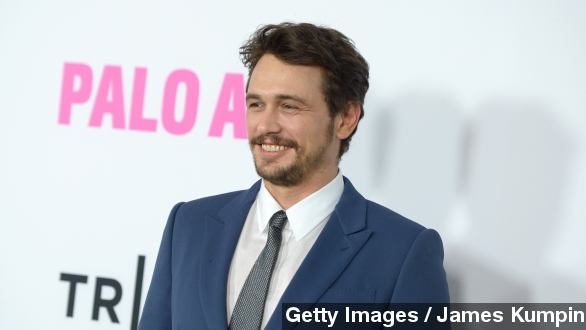 James Franco has reportedly signed on for what is looking to be the first big original series from Hulu.

The Hollywood Reporter revealed Franco will star in Hulu's miniseries based on the Stephen King book, "11/22/63," which is being developed by J.J. Abrams' production company, Bad Robot.

Franco will play a high school English teacher who goes back in time to stop the assassination of President John F. Kennedy.

With King's, Abrams' and now Franco's names attached, this is shaping up to be Hulu's most high-profile project yet.

Hulu is no stranger to original programming, but its projects have usually been small, low-budget affairs. So far, Hulu has, quite frankly, been dwarfed by its digital-streaming competitors.

And Netflix has won so many awards for "House of Cards" and "Orange Is the New Black," it probably needs to buy a bigger trophy case.

"Movin' on up," said a character from "Orange Is the New Black."

Plus, the recent launch of Sling TV makes the video streaming marketplace even more crowded, so exclusive, original content is becoming even more important for each service to set itself apart. (Video via CNET)

So Hulu is likely hoping for a hit show to put its original programming on the map, and it seems it's banking on "11/22/63."