Hulk Hogan Pins Gawker To The Mat For $115 Million 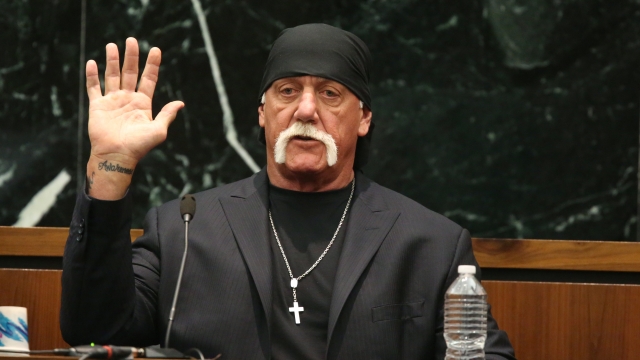 SMS
Hulk Hogan Pins Gawker To The Mat For $115 Million
By Eugene Daniels
By Eugene Daniels
March 18, 2016
The wrestler sued the media company for posting video of him having sex with a friend's wife.
SHOW TRANSCRIPT

In the legal wrestling match between Hulk Hogan, aka Terry Bollea, and the website Gawker, the Hulk is the last one standing. A jury has awarded the wrestling icon $115 million in his lawsuit against Gawker for publishing a tape of him having sex with a friend's wife.

Hogan alleged the video was an example of illegal wiretapping, a violation of the right of publicity and an invasion of privacy.

Gawker argued that because Hogan is a public figure, he forfeited his right to privacy and the video was newsworthy. The company also tried to prove posting the video didn't cause Hogan any emotional stress because he talked about it openly in interviews, even before it was posted on Gawker.

But Hogan's team basically argued there are two men in one body. Bear with us here. In his testimony, Hogan said when he is in public he is in character as the wrestling icon Hulk Hogan and acts differently than Bollea ever would because that's what people expect from him.

Gawker has also taken the stance that this case could cripple the freedom of the press outlined in the First Amendment, but not everyone is sold. And it's likely because Hogan's case is pretty specific: It's not about the reporting of the sex tape's existence but the actual posting of it.

Gawker has released a statement saying it would appeal the jury's decision and that it wasn't allowed to present the full case to the jury. The media company says it feels confident about ultimately winning the case.

This video includes images from Getty Images and clips from ABC.