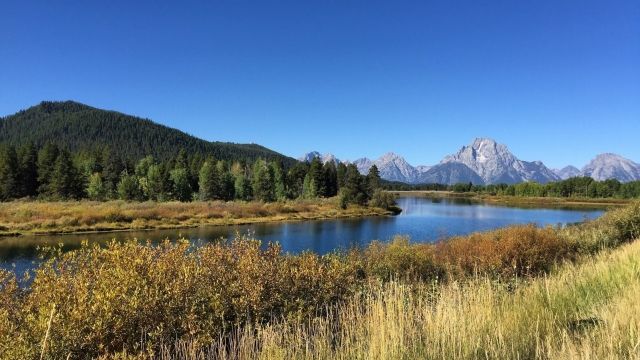 Apparently a few people are vying to become Donald Trump's secretary of the interior.

But what the Department of the Interior will look like under a Republican-controlled Congress and presidency is still up in the air.

And some critics are particularly worried about our national parks. Rumors about what Republicans might do with the park system have been circulating since earlier this year.

Trump is on record saying he's opposed to transferring or selling federal land. But a senior campaign adviser of his told MSNBC in April that part of Trump's plan to lower the national debt would involve selling U.S. assets.

And in July, a committee within the Republican Party voted to make the return of federal lands to the states a party platform.

That proposal found new support among some Republicans after protesters took over a wildlife refuge in Oregon and called for the federal government to return public lands to the states.

It led some people to think the GOP wanted to get rid of national parks and national forests altogether.

But the proposal actually isn't that simple. For one thing, the platform only calls for "certain federally controlled public lands" to be returned to the states, but it doesn't specify what those "certain" lands are.

And the American Lands Council — an organization representing 12 states — has been working on this very issue. They want to make sure national parks aren't transferred to the states.

The Trump administration would have to overturn or weaken the Antiquities Act — which Teddy Roosevelt signed into law in 1906 — to remove protections already extended to existing national parks.

So while it's possible some federal lands could be sold off, the national parks are probably safe.