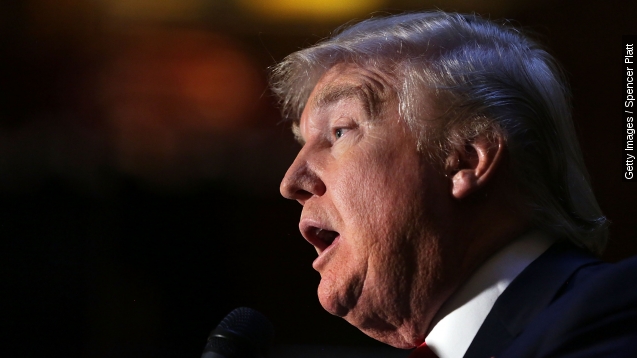 As it turns out, Donald Trump's campaign isn't sure if he'll get endorsements from a group of 100 black religious leaders, like his campaign announced last week.

Trump is, however, getting a private meeting with black religious leaders behind closed doors after what could be described as a botched endorsement announcement.

The trouble started when Trump's campaign first disclosed the meeting and forthcoming endorsement. That led to some black pastors essentially saying, "I was invited, but he doesn't have my support."

Then there was the open letter from 100 black pastors published in Ebony, telling the coalition of people expected to meet with Trump to rethink their decision partly because of the candidate's "overtly divisive and racist language on the campaign trail."

That doesn't mean Trump lacks support from black religious leaders, like some seen here, but the whole endorsement thing might've been just a little overblown. Ohio pastor Darrell Scott, who's a Trump supporter and helped organize the meeting, said he takes part of the blame for the "miscommunication." (Video via YouTube / Right Side Broadcasting)

Trump, on the other hand, thinks pressure from #BlackLivesMatter activists is what messed everything up.

"Probably some of the #BlackLivesMatter movement called them up and said, 'Oh, you shouldn't be meeting with Trump because he believes all lives matter,'" he said.

Whatever the case, Trump tweeted the meeting Monday at Trump Tower is still on.