How To Use A Mustache For A Good Cause 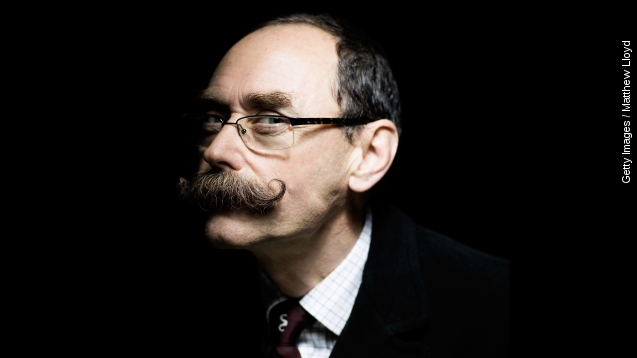 SMS
How To Use A Mustache For A Good Cause
By Matt Picht
By Matt Picht
October 31, 2015
If you see someone start to grow out a mustache in November, don't be alarmed — there's a good cause behind the whiskers.
SHOW TRANSCRIPT

Movember. For most people, the mustache-growing month is an excuse to cultivate things nature never intended to be grown on an upper lip.

But the new mustaches that crop up during November aren’t just for show — they also serve to raise awareness for an important cause.

The Movember Foundation is a 21-country charity that annually raises millions of dollars to fight what it calls a "hidden men’s health crisis."

"Prostate cancer is the male equivalent of breast cancer, in terms of the number of men that die from it and are diagnosed with it. But there was nothing for this cause. So we married growing a mustache with prostate cancer," co-founder Adam Garone said during a TEDx talk.

The foundation started in 2003, and says it's donated over $650 million to charity since then. The organization sponsors fundraising for four main men's health issues: prostate cancer, testicular cancer, mental health and physical inactivity.

Participating involves signing up on the website and setting a fundraising goal; then, starting with a clean-shaven lip on Nov. 1 and then cultivate both a mustache and donations to the cause. The foundation recommends using your new whiskers as a conversation starter to educate people about men's health.

If you can't — or won't — grow a mustache, the foundation's also hosting a "MOVE in Movember" challenge, which encourages people to be physically active throughout November.

So in the interest of men's health, put the razor aside this November and let your mustache run wild! Just make sure you're ready to face your new face on Dec. 1.