How To See This Weekend's Meteor Shower 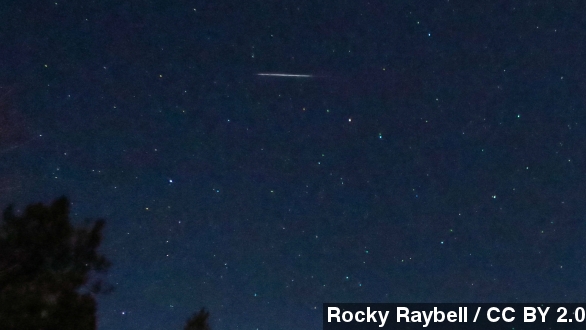 Saturday night you'll have the chance to experience a first for 2015 — a meteor shower.

The Quadrantid meteor shower is the opening celestial event of each year but you've got to know when and where to look because the Quadrantids only last a few hours.

​"If you look to the northeast ... just below the big dipper, you should be able to spot the celestial light show. The meteor shower will be visible to North and South America and most of Europe and Africa," KFSN reports.

This map gives a little better look at where you should pay the most attention.

If you can get a good view at the right time you could see as many as 100 meteors during peak times, which is reportedly right before dawn — 6 a.m. local time.

So what about viewing conditions?

With a lot of cloud coverage and bright moonlight for most of North America, the show will be hard to see. But there is an exception, the best place to bundle up and do a little star gazing will be in the Southwest.

So grab a blanket, hot cocoa and don't forget to wish on a star.