How To Pick A Cloud Service 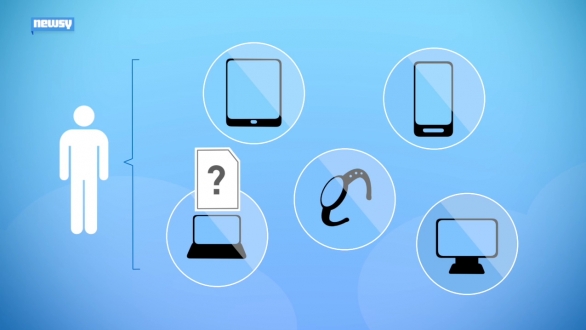 SMS
How To Pick A Cloud Service
By A.J. Feather
By A.J. Feather
January 16, 2015
Newsy takes a look at some well-known cloud storage services to help you decide which option is right for you.
SHOW TRANSCRIPT

As we reach record numbers of devices per person, data can get lost. Files that used to be on your computer are now on your tablet, phone, watch and portable hard drive, making it tough to remember which one you put that PowerPoint on sometimes.

So how do you get everything back to one location? The cloud, as in cloud storage. But with so many options for cloud storage, how do you know which one is best for you?

With our help, of course! To simplify things, we'll discuss the accessibility, simplicity and price of each service. When deciding where to store your work, it's best to look at the platforms and devices you already use.

For example, if you work on a Mac and own several iOS devices, such as an iPhone or iPad, iCloud is a good option because it gives you space to back up both your files and devices. But if you use an Android phone or tablet, iCloud probably isn't for you.

Now, if Microsoft Office is where you get things done, Office 365 might take care of all your backups. It saves all your files right into your favorite applications so they appear the same across all devices.

And then there are cloud services like Dropbox, which allow you to sync files between computers using nearly any device.

Google Drive can also be set to synchronize some files across devices, but it's primarily for use in a Web browser.

Now for a look at simplicity. Each service does well on its native platform, automatically synchronizing files and making them available elsewhere, but there's one platform that's hard to beat: Dropbox.

It blows away the competition when it comes to simplicity across platforms. Dropbox provides a Web-based interface, desktop applications for virtually every operating system and the ability to easily share folders with others.

iCloud Drive works virtually the same as Dropbox, but the service is new — released just in 2014 — and has some glitches. Users have reported issues such as files not synchronizing properly and slow performance, though iCloud does offer some less expensive plans and lets you use the storage you're paying for to backup your iOS devices.

Google Drive has the best Web interface, allowing multiple users to seamlessly work simultaneously on the same document. Not to mention it has all the same capabilities of file syncing that the other services have.

And when it comes to price, Microsoft's cloud storage platform OneDrive is competitive at just $6.99 per month for a terabyte of space. The service is also available on every platform.

For that price, you get a subscription to Microsoft's Office 365, which includes the entire Office suite of applications — Word, Excel and others. Like Google Drive, Office 365 allows users to collaborate in real time within its office suite and online.

Each service offers similar pricing, though, so finding the right one largely depends on how you plan to use the cloud.

For example, if you don't need to store anything but documents, Google Drive or OneDrive is the obvious choice. Either will allow you to save a seemingly infinite number of word files.

Dropbox is not the cheapest, but its ease of use and ability to quickly share any file type may help make up the difference.

And if you really need to back up your iPhone but you're out of all your free storage, Apple's iCloud is probably a no-brainer.

If you are using a lot of space, the one service you want to avoid is Amazon Cloud Drive. Its price for a terabyte is more than $40 per month, which is far and away the most expensive option.

Every service we've discussed has a trial experience available, so take a look around. Each comes with its own advantages and disadvantages, so the free trials can help a lot. That said, if you're a power user or just indecisive like me, you might end up with at least a few files in each.