How To Make Money By Using Your Car 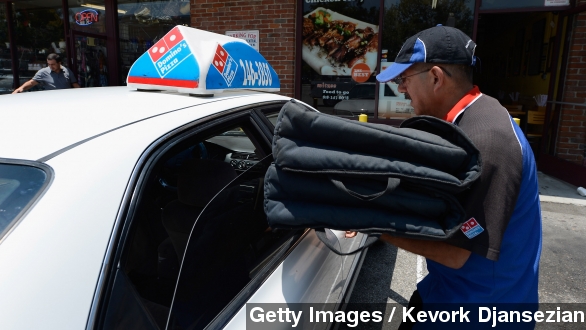 SMS
How To Make Money By Using Your Car

By Matt Moreno
February 24, 2015
With gas prices back on the rise, now is a great time to earn some extra cash. Why not do so by using your car?
SHOW TRANSCRIPT

We're sure you've heard it before — once you drive the car off the lot, it loses 20 percent of its value! So now is probably a good time to get some of that value back, right? Here're a few ways to do that.

Uber and Lyft are expanding more and more throughout the world. The concept is relatively similar for drivers of both companies — get approved to drive, pick up app users who want rides and get paid. (Video via Uber & Lyft)

According to data released by Uber earlier this year, Uber drivers can make in the ballpark of $19 an hour, although that figure doesn't include expenses like gas and more.

You could also rent out your car using an app like RelayRides.

"All I do is list it on the marketplace, set availability, pick a price, then sit back and watch the extra cash roll in," one member says.

Another way is selling ads on the side of your car.

DailyFinance points out sites like AdverCar can help you sell ad space on your ride. According to AdverCar, qualified drivers can make around $100 a month by driving as they normally would.

"I've gotten so many phone calls from customers: 'How do I get my car wrapped? What's it all about?'" one advertiser tells KXMB.

And, of course, there's this way: good, old-fashioned pizza delivery.