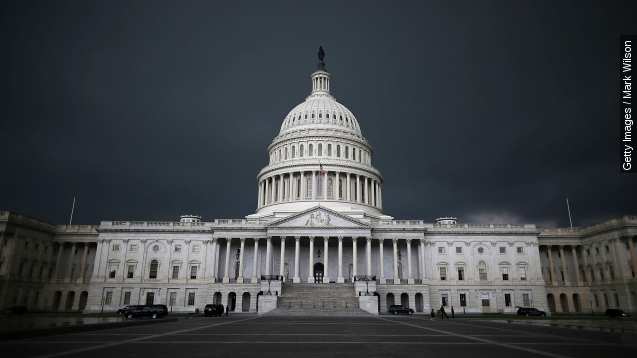 SMS
How To Make $174K Working Only 111 Days
By Kate Grumke
By Kate Grumke
November 4, 2015
U.S. legislators are set to work less than a third of the year. It doesn't seem like much, but it's not much lower than the recent average.
SHOW TRANSCRIPT

House Majority Leader Kevin McCarthy released his chamber's legislative calendar for 2016, and it's a year any working American would be extremely jealous of. (Video via Office of John Boehner)

The House plans to be in session for 111 days next year. That's an average of less than 10 days of work a month.

Now, granted, representatives do work a lot outside of their scheduled legislative days because of meetings, constituency work and other commitments.

But the official 111 days are a lot different than the 251 working days for most Americans in 2016.

In 2015, the House had 133 days on its schedule, although it did have to work a little extra to avoid a government shutdown this year. (Video via Majority Leader Kevin McCarthy)

This video includes images from Getty Images and Dafne Cholet / CC BY 2.0 and music from Chris Zabriskie / CC BY 4.0.