How To Get Better At Quantum Computing: Make A Game Of It 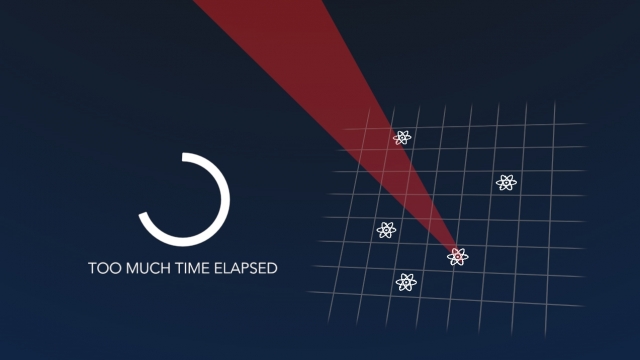 Quantum physics is hard. Building a quantum computer — the long-sought next step in computing that uses handfuls of atoms — is its own special brand of hard.

Scientists are experimenting with putting single atoms into a tiny lattice, but it requires a laser-precise touch and a quick hand. Shuffle the atoms too quickly or too slowly and it won't work, and the mathematical models scientists use aren't great at solving the problem.

So physics researchers in Denmark made a game out of it. In "Bring Home Water," players have to strike the fast/slow balance themselves.

A researcher said: "The faster the atom is moved, the easier it is to spill the water. The players thus have to find the fastest way to 'bring home' the atom without losing it."

The researchers found players come up with faster, easier ways to complete the experiments than the mathematical models scientists start with.

Turning to the crowd can give scientists an extra resource beyond raw computer processing power: human intuition.

This is the first time scientists have gamified quantum physics, but other researchers have used human judgment to solve complex protein-folding problems.

Even players in the sci-fi game universe of "EVE Online" have chipped in. They classify images of human cells, contribute to the Human Protein Atlas and get in-game rewards for their work.

As the quantum computer researchers write, "When we understand deeper how humans turn a hugely complicated problem into something manageable — and then solve it — we can build smarter algorithms to solve these problems."

This video includes clips from ScienceAtHome, Nature and CCP Games and images from Geoffrey Joe / CC BY 3.0 and ScienceAtHome and music from "Square One" by Birocratic (http://birocratic.bandcamp.com).