'How To Get Away With Murder': Here We Go Again 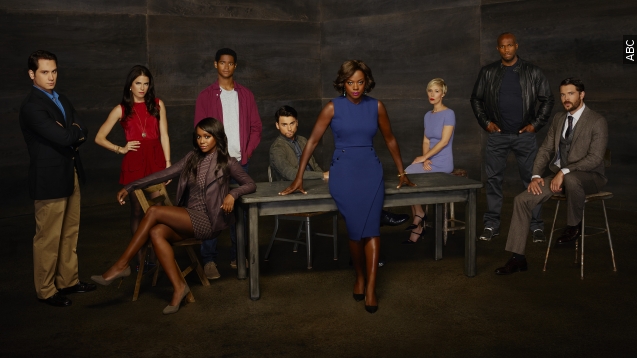 Peter Nowalk, you devious, clever soul. We just watched "How To Get Away With Murder," and per usual, the inimitable Nowalk worked his magic and had us begging for more.

See, Peter Nowalk and his team of "How To Get Away With Murder" writers really know how to leave the audience hanging.

And the moment — the moment — we saw that doggone title card flash across the screen, we knew what we were in for.

"Statistically, if you're going to be murdered, your killer will be someone you know: an acquaintance, a friend, a family member, your lover. Why is that?" asked Annalise Keating.

Hold up, Peter. You're really going to show us Annalise lying in a pool of her own blood and then make us wait until what we assume will be the mid-season finale to reveal what happened?

Of course you are! There's a reason ABC calls the lineup "TGIT": You'll be saying "thank God it's Thursday" every Thursday just to get a taste of what's going to happen next.

And we have to admit, after an arguably slow start for the premiere — which focused mostly on getting Wes to quit being a whiney sad-sack, and finding out quiet-Bonnie killed Rebecca — we were thrilled to see Nowalk's ruthless writing come through in the last few seconds of the episode.

Because, as a writer for Us Magazine so perfectly put it, "Here we go again!"

Here we go again, indeed. You can keep up with the ever-complicated "How To Get Away With Murder" every Thursday on ABC.