Solving One Of The Biggest Challenges This Century: Water 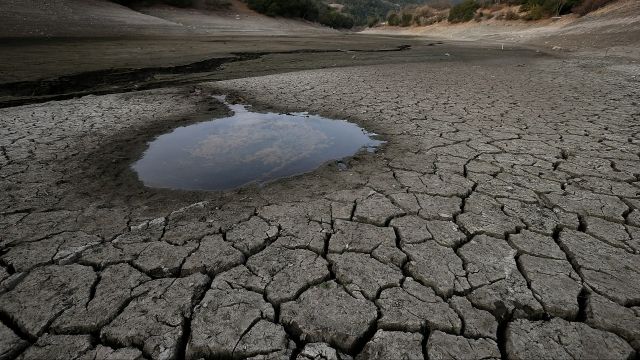 SMS
Solving One Of The Biggest Challenges This Century: Water
By Evan Thomas
By Evan Thomas
November 18, 2016
Desalination is expensive and energy-intensive — and might become necessary to ensure there's enough fresh water to go around.
SHOW TRANSCRIPT

Access to fresh water is going to become a big problem for a lot of people. The U.N. says by 2025, at least 1 in 5 people will deal with water scarcity. By 2050, the demand for fresh water will have increased by 50 percent.

Meanwhile, we're already running out of groundwater reserves. Droughts all over the world mean getting water isn't easy for everyone.

There is one solution: filter the world's oceans. We have the technology to turn salt water into fresh water. It could eliminate worldwide water shortages overnight — so why don't we?

SEE MORE: How Four Years Of Drought Has Left California Out To Dry

In a word: energy. Compared with filtering fresh water, desalination is still inefficient and expensive. Modern desalination plants use more than 10 times as much energy as plain old freshwater purification. That makes them much pricier for the same amount of water.

The process also leaves behind concentrated brine, which is typically pumped back into the ocean. But we still don't understand what this super-salty water does to the environment in the long term.

So for the most part, we don't use them if there are cheaper options available. California and Australia started up plants during long droughts and shut them down once the rains came back.

As the water crunch gets worse, desalination will get more use out of necessity — but the technology will get better, too. Researchers are building graphene filters that require less energy or using tiny, efficient electrical fields to push the salt ions out of seawater.

And in Israel, where drought has been dragging on for almost a millennium, they use rocks — specifically, porous lava rocks — to keep their plants' filters clean and cut down on expensive maintenance. Desalination already provides more than half of the country's water, sometimes for less than an average household in the U.S. pays today.