How The US Might Retaliate Against China For The OPM Hack 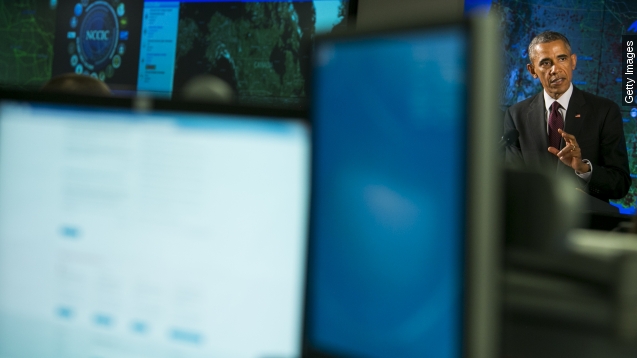 SMS
How The US Might Retaliate Against China For The OPM Hack
By Ben Levin
By Ben Levin
August 1, 2015
The U.S. is planning to retaliate against the Chinese Government for stealing the personnel files of around 22 million federal employees.
SHOW TRANSCRIPT

When the United States announced in June that the personnel files of an estimated 22 million current and former federal employees had been stolen, all the fingers pointed in one direction — toward China.

"Just to be clear, are you identifying China as the perpetrator behind the OPM attack?" asked a reporter.

And nearly two months later, The New York Times reports the Obama administration is planning, well, something to get even.

So what does that mean? Officials can't quite decide, although it's not for lack of options.

On one hand, the Times notes there are the largely symbolic measures — they could oust known Chinese agents in the country or lodge a formal complaint with the Chinese ambassador. (Video via CCTV)

On the other hand, the U.S. could choose to sanction sectors of the Chinese economy, or even try to temporarily take down its great firewall, which restricts the Chinese populace from Internet content critical of China's government. (Video via Amnesty International)

The point, in the words of National Security Agency Director Mike Rogers, is to create a deterrent for hackers while avoiding an unpredictable cycle of escalating attacks and counterattacks.

"I think clearly the concepts of deterrence in the cyber domain are still relatively immature. We clearly are not, I think, where we need to be, where I think we want, collectively, to be. This is still the early stages of cyber in many ways," said NSA Director Mike Rogers.

The challenge is reminiscent of the early Cold War, when the U.S. and the Soviet Union had to figure out ways to deter each other from using their nuclear capabilities without provoking a larger conflict. (Video via PBS)

No one is talking about nukes here, but the key test of whether the U.S. and China can avoid a full-on cyber war will be if the U.S.'s response to the OPM hack slows down or accelerates cyberattacks.

This video includes images from Getty Images and music from Podington Bear / CC by NC 3.0.