How The US Government Tries To Make Apple Unlock Phones 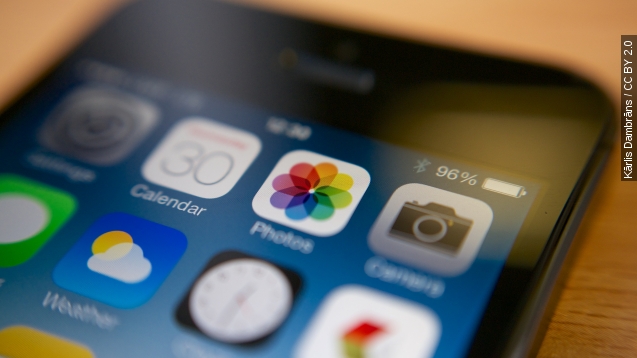 SMS
How The US Government Tries To Make Apple Unlock Phones
By Evan Thomas
By Evan Thomas
October 25, 2015
The Justice Department has used a U.S. law about court orders as a way to ask reluctant manufacturers, such as Apple, to unlock suspects' phones.
SHOW TRANSCRIPT

There's this locked iPhone 5S running iOS 7. It's part of a drug case working its way through a federal district court in New York. The Justice Department wants in, but the owner won't unlock it.

Apple says it can unlock the phone but says there's no legal obligation to comply. (Video via The White House)

So the Justice Department turned to a bit of federal law called the All Writs Act.

The law authorizes courts to "issue all writs necessary or appropriate in aid of their respective jurisdictions and agreeable to the usages and principles of law." According to the Justice Department, that means anyone who can help with a case can be court-ordered to do so.

Apple — as well as rights groups watching the case — say the government's interpretation of the law is a big overreach. (Video via The White House)

They say it's like forcing a car manufacturer to give the government access to your vehicle just because the company wrote the software. (Video via Tesla Motors)

The Justice Department has used All Writs in earlier mobile data cases: It got judges in New York City and Oakland courts to sign off last year. But there's growing reluctance to use it this way.

A district court judge in New York City deferred the Department of Justice's request in this latest case. He said federal prosecutors would have to ask Apple directly. Apple, naturally, declined.

But the Justice Department has countered that Apple still technically owns the software running on the locked phone, so it's the company's responsibility to help law enforcement unlock it. (Video via Apple)

As we speak, it's getting harder for phone and software makers to comply with these kinds of orders even if they want to. (Video via Apple)

Apple's iOS 8 and iOS 9 hardened encryption for data both on and off mobile devices. With Android 6, Google is making full-disk encryption on its mobile devices mandatory. (Video via Apple, Google)

Apple and federal investigators are scheduled to discuss the case at a hearing this week.

This video includes images from Karlis Dambrans / CC BY 2.0 and Jim Henderson.