How The Refugee Crisis Has Divided Central Europe 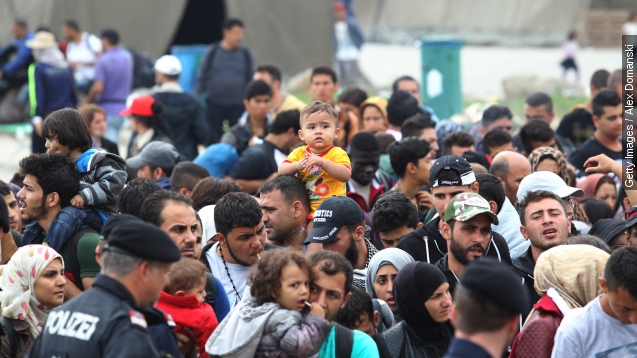 If Croatia, Hungary and Austria weren't close to begin with, the current refugee crisis wouldn't make them any closer.

Instead of a coordinated response, the three countries have been criticizing one another over their handling of the crisis. (Video via Radio Free Europe/Radio Liberty)

"Hungary has been criticized after its police fired tear gas and water cannon at refugees on the Serbian border," an Al Jazeera anchor read.

Hungary has drawn most of that criticism, both for its behavior at the border and for keeping people in camps.

But Hungary has been hitting out, too, aiming barbs at Austria and Croatia, which initially invited refugees.

"Not only Greece, but as we see Croatia and previously Austria were basically inviting people and letting them through without any kind of registration," Hungarian government spokesperson Zoltan Kovacs told the BBC.

And within 24 hours of inviting refugees, Croatia reversed its decision, saying it was overwhelmed by the number of people and prompting even more criticism. (Video via CBS)

"In these times, accusing each others with such statements, this is something that we have to refuse or reject," Hungary's foreign minister Peter Szijjarto told CNN.

All of this is making it increasingly likely that if and when the refugee crisis ends, it may take more time to mend fences than it has to build them.