How The International Criminal Court Works 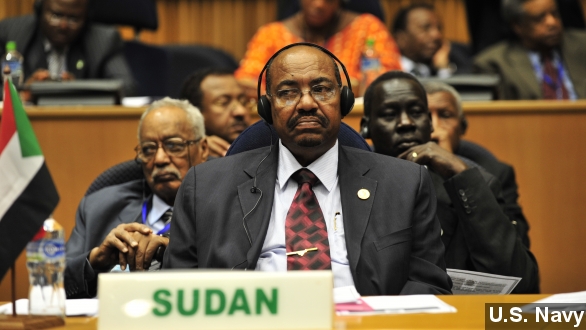 This is where some of the world's most serious crimes are tried — at the International Criminal Court in The Hague.

"We're being assaulted and our lands are being attacked every day. Who do we complain to? … Where do we go?" Palestinian Authority President Mahmoud Abbas said in a speech.

Palestinian President Mahmoud Abbas' bid to join the ICC has widely been reported to mean the Palestinian Authority could pursue war crimes charges against Israel.

But first — a couple of important clarifications: One, the ICC doesn't try states, but rather individuals. And two, the ICC really only has jurisdiction over cases that fall under the who, what and when of its operating treaty.

That treaty is the Rome Statute, which in general limits the court's jurisdiction to alleged crimes committed after 2002 when it was ratified. Crimes it investigates and prosecutes must fall under four core categories, and the crimes must have either been committed by the national of a State Party or happened within a State Party's territory.

That includes 34 African states, 18 Asia-Pacific ones, 18 Eastern European ones, 27 Latin American and Caribbean states, and 25 from Western Europe and elsewhere.

Not party to the statute? The U.S. and Israel — both of whom at one point signed but never ratified it. Participation of either in an ICC investigation would therefore need to be voluntary.

Even in the case of Kenya, which is an ICC member, the court couldn't get Kenyan government cooperation on a case against President Uhuru Kenyatta and had to drop the investigation. (Video via NTV Kenya)

The likelihood Israel would voluntarily submit its citizens or evidence to an ICC investigation is slim. Prime Minister Benjamin Netanyahu has called the Israel Defense Forces "the most moral army in the world."

Not to mention — Palestinian submission to the ICC means Israel could lodge complaints against the PA for firing rockets into areas where there were Israeli civilians. (Video via Israel Defense Forces)

On the other hand, Palestinian complaints could include Israeli action over the summer during the war between Israeli and Palestinian militants. (Video via Israel Defense Forces)

The conflict left almost 1,500 Palestinian civilians dead and more than 70 Israelis, according to the UN. (Video via Vice News)

Either way, it's also important to know that while acceptance of the PA as a State Party to the ICC is likely, it's not guaranteed. Even if accepted, the PA would then need to wait 60 days to lodge a complaint. And even at that, it's up to the ICC whether to investigate those complaints.

And then there’s this from the ICC, which says it "can only intervene where a State is unable or unwilling genuinely to carry out the investigation and prosecute the perpetrators."

And considering the IDF's decision to open criminal investigations into IDF conduct during the summer's Gaza War, the incidents under review wouldn't be subject to the ICC unless the court wasn't satisfied with those internal investigations. (Video via Israel Defense Forces)

With all the caveats and limitations of a Palestinian complaint with the ICC, it's hard not to see the PA's bid to join the ICC as much more than symbolic. The move was, in fact, made just after a Palestinian statehood resolution failed to pass a UN Security Council vote.