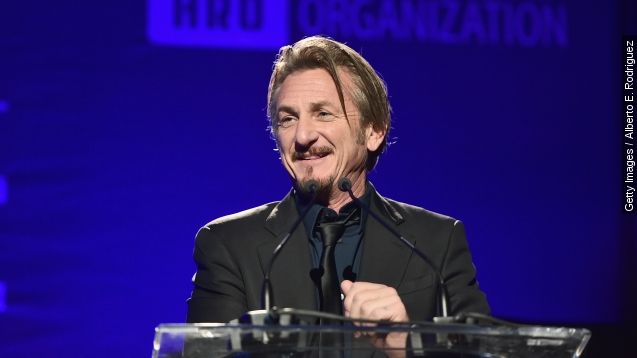 So, how exactly did Sean Penn, the actor, get access to El Chapo, the notorious drug trafficker? It could be due to El Chapo's love of movies. (Video via Univision)

The day after the kingpin's arrest, Rolling Stone published an interview with him conducted by Sean Penn and set up by Mexican soap opera star Kate Del Castillo in October.

El Chapo reportedly wanted to make a biopic of his life, and only trusted Del Castillo, who starred as a cartel boss on TV, to make it. (Video via Univision)

He got in touch with Del Castillo and she, through some mutual acquaintances, involved Penn. After a bit of communication, he granted them an interview.

But that might have been a costly mistake. Mexican authorities said they were able to track the leader of the Sinaloa cartel thanks to his contact with the actors.

In the article, Penn wrote “There is no question in my mind but that the DEA and the Mexican government are tracking our movements.”

After their initial conversation in October, they were supposed to meet again eight days later. But following a close call with Mexican authorities El Chapo had to skip the meeting.

Beyond that, Mexican authorities said everyone who was involved with the drug kingpin’s interview, including Penn and Del Castillo was under investigation.