How That Al Gore 2016 Rumor Spread 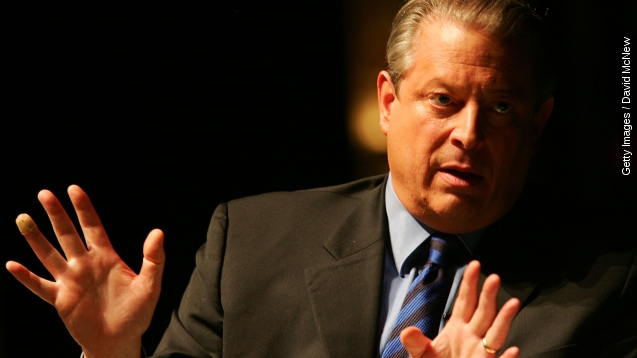 SMS
How That Al Gore 2016 Rumor Spread
By Kate Grumke
By Kate Grumke
August 14, 2015
News outlets don't really have a consensus about Al Gore's 2016 plans, but even with more questions than answers, the story was trending.
SHOW TRANSCRIPT

When BuzzFeed reported Thursday that people close to Al Gore had begun conversations about a 2016 presidential bid, other media outlets were quick to jump on the story, and many only cited BuzzFeed.

"Could there be competition for Hillary Clinton? Former Vice President Al Gore is reportedly considering another presidential run," reported Fox.

"Is this a sign the party is not sold on her if Al Gore is considering and Joe Biden is considering?" reported CNN Anchor Don Lemon.

But now more Democrats are telling outlets, 'not so fast.'

Soon after BuzzFeed's report, Politico talked to Gore's spokesperson and his former Chief of Staff, both of whom told the outlet Gore isn't considering a run.

And an associate of Gore told CNN the speculation was "groundless" and a "top source within the democratic party" told NBC "there was nothing substantive happening in the Gore camp."

BuzzFeed did throw some caution in its report, saying, "An adviser pours 'lukewarm' water on the prospect. Not ice cold."

Still, the outlet says Democrats are "getting the old gang together" to consider a run. And at least one outlet did independently confirm that.

An anonymous source told ABC News "friends and former aides are having a 'soft conversation.'"

And even with conflicting reports, Al Gore was trending on Twitter yesterday.

This video includes Getty Images and music by Birocratic / CC by 3.0.