How Team Rubio Turned A Loss Into A Win 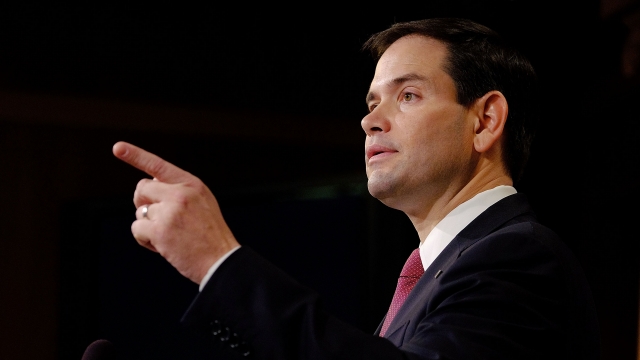 SMS
How Team Rubio Turned A Loss Into A Win
By Zach Toombs
By Zach Toombs
February 1, 2016
Low expectations followed by a respectable finish and positive messaging from the Florida senator's campaign gave Rubio a good night.
SHOW TRANSCRIPT

"So this is the moment they said would never happen," Marco Rubio says at a rally.

Marco Rubio did not win the Iowa caucuses. He didn't even do much better than expected. But due to a master class in political spin by his campaign, you wouldn't know it.

"I'm hearing that Rubio is having a strong night based on the crowds and based on things happening in the room," MSNBC reported.

"We heard quite a bit about the Rubio 3-2-1 strategy: third in Iowa, second in New Hampshire," Brian Williams said on MSNBC.

The expectations game is important in politics, and Team Rubio played it perfectly Monday by setting the bar low, hitting that low bar, then basically using cable news as their mouthpiece.

There aren't any tangible benefits to Rubio's finish in Iowa, but he could see good word of mouth heading into New Hampshire and in South Carolina, where Sen. Tim Scott's new endorsement could also come in handy.