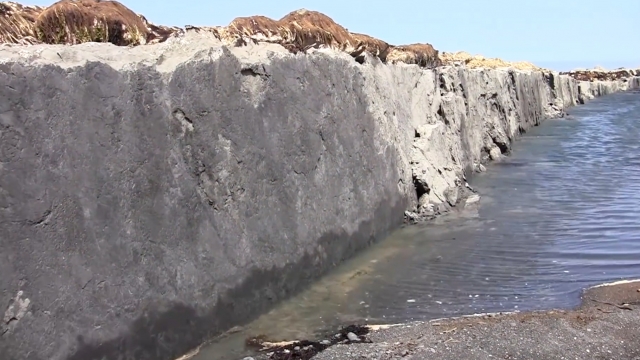 SMS
How The Strongest Earthquakes Can Rewrite Our Maps
By Evan Thomas
By Evan Thomas
November 25, 2016
When the shaking and tsunamis subside, the coastline can look a bit different.
SHOW TRANSCRIPT

There's no force of nature quite like an earthquake. They shake up our buildings, and they can cause landslides or tsunamis that wash away whole towns. And when they're strong enough, they can redraw whole maps.

During the recent quakes in New Zealand, one side of a fault line pushed up against the other, lifting parts of the coastline up out of the ocean. They're now almost 20 feet higher in places.

Earthquakes can also cause entire islands to appear. In 2013, shaking in Pakistan disturbed pockets of natural gas and methane, which bubbled to the surface. The gas pushed what used to be the seafloor up into an island.

These bubble islands tend to be temporary: They disappear over the course of months or years as the gas underneath them escapes.

But a big enough earthquake can change the whole planet. When overlapping tectonic plates triggered the 2011 quake in the Pacific Ocean, parts of the Japanese island of Honshu moved several feet east.

It had a subtle effect on the rest of the world, too. The quake moved so much mass that Earth's axis of rotation — the point it's balanced around as it spins — changed by more than 6 inches.