How Serious A Threat Is Homegrown Extremism? 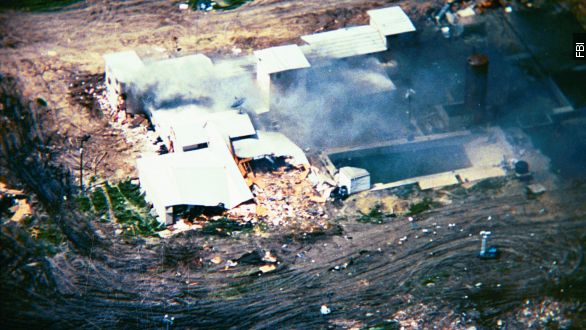 Twenty years ago, Timothy McVeigh detonated 4,800 pounds of homemade explosives outside the Murrah Federal Building in Oklahoma City. 168 people died in the attack, and hundreds more were injured. It was the largest act of domestic terrorism the country had ever seen. (Video via KJRH)

Not long after the attack, then-Attorney General Janet Reno announced the creation of a domestic terrorism task force. (Video via C-SPAN)

It was scheduled to meet on September 11, 2001. The meeting never happened. From then on, the focus shifted to threats overseas.

Groups like Al-Qaeda and ISIS get a lot of attention — and rightly so. At the same time, the threat posed by violent homegrown extremists is often overlooked.

To get some terminology out of the way, for our purposes, a violent homegrown extremist is someone who carries out attacks within the U.S. and is motivated by U.S.-based ideologies. Law enforcement puts race-based and anti-government acts in this category. Some examples:

In 2011, a West Coast couple went on a nine-day, multi-state killing spree as part of a campaign to "purify" the white race.

In 2012, an Army veteran with a white supremacist agenda killed 12 people at a Sikh Temple in Wisconsin. (Video via WTMJ)

Just last year, a young married couple walked into a Las Vegas pizzeria and fatally shot two police officers eating lunch. They left a swastika and "Don't Tread On Me" flag at the scene before heading to Wal-Mart. (Video via Las Vegas Metropolitan Police Department)

Those aren't isolated incidents. In all, 39 people have been killed on U.S. soil by non-jihadist extremists since 9/11. This according to the New America Foundation, which found jihadist attacks in the same period actually produced a slightly lower body count, at 26 deaths.

Media coverage often ignores the fact that although jihadist-inspired terrorism continues to pose a threat, most of these terrorists have failed miserably trying to attack the U.S.

Of course, the Boston Marathon bombing and Fort Hood shooting are exceptions, but on the whole, as the Rand Corporation writes, "America's jihadist terrorists have not shown great determination or much competence."

America's anti-government movement is a different story. According to the Southern Poverty Law Center, the number of hate groups, many of which are militias or conspiracy-fueled, increased by 30 percent between 2000-2010.

The organization attributes the growth in extremism to a few factors: economic conditions, a surge in non-white immigrants combined with a declining white majority population, and the election of the country’s first black president. (Video via The White House)