How Pro Athletes Fared When Returning From Cancer 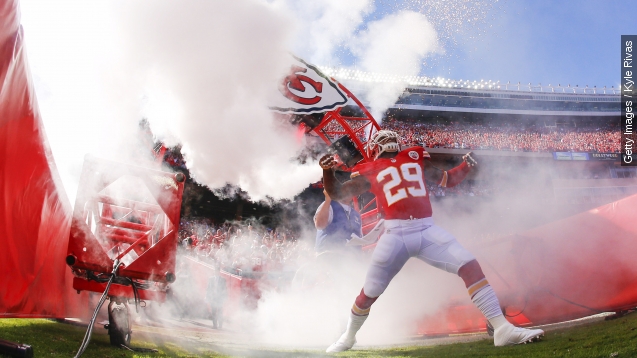 SMS
How Pro Athletes Fared When Returning From Cancer
By Tom Kackley
By Tom Kackley
July 30, 2015
NFL safety Eric Berry returned to the field Tuesday after battling cancer. He's another big name athlete who has returned to sports after treatment.
SHOW TRANSCRIPT

Now that Berry's back, he can draw inspiration from other athletes who beat cancer and led successful professional lives.

In 2009, doctors diagnosed Boston College linebacker and 2008 ACC Defensive Player of the Year Mark Herzlich with a rare bone cancer. Herzlich came back in 2010 for Boston College and made 65 tackles that season. (Video via ESPN)

"When I picture my fight through all this, the end result is me running out of the tunnel with the team behind me going through that banner," Herzlich said.

Herzlich eventually signed with the New York Giants, where he won a Super Bowl in his rookie season and where he still plays as a backup linebacker. (Video via USA Network)

Former NFL punter Josh Bidwell sat out the 1999 season after being diagnosed with testicular cancer.

He then bounced back, won the starting punting job and had an 11-year NFL career. He was selected to the pro bowl once following the 2005 season.

Athletes from other sports have also proved it's possible to return to all-pro form after a cancer diagnosis.

NHL legend Mario Lemieux won his battle with Hodgkin's lymphoma, the same type of cancer Berry had, in 1993. (Video via Mario Lemieux Foundation)

He missed 24 games because of radiation treatments, then came back in the middle of the season to lead the league in scoring.

And finally, MLB first baseman Andrés Galarraga came back in 2000 after sitting out the 1999 season from non-Hodgkin lymphoma. He blasted a home run in his first at-bat of the year and went on to hit .302 and earn comeback player of the year honors.

Galarraga actually beat a return of the same cancer in 2004, and retired the year after with a 20-year-long career in the majors.

Fans will have their first chance to see Berry in action Aug. 15 when the Chiefs play their preseason opener against the Arizona Cardinals. (Video via KSHB)