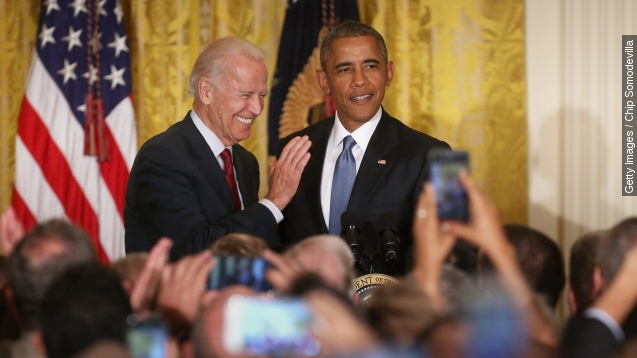 Obama vs. hecklers: a love story.

"The reforms I'm proposing would not apply to those who are here illegally," Obama said Sept. 9, 2009.

"You lie," someone said.

"The answer to your question, sir, and the next time I prefer you let me finish my statements before you ask that question, is this is the right thing to do for the American people?" he said June 15, 2012.

"Tell us about your plan for nuclear war with Russia," someone said.

Most sarcastic president ever?

"I am just fine with a few hecklers, but not when I'm up in the house," Obama said.

Don't heckle the president in his house.

This video includes music from Bensound / CC BY ND 3.0