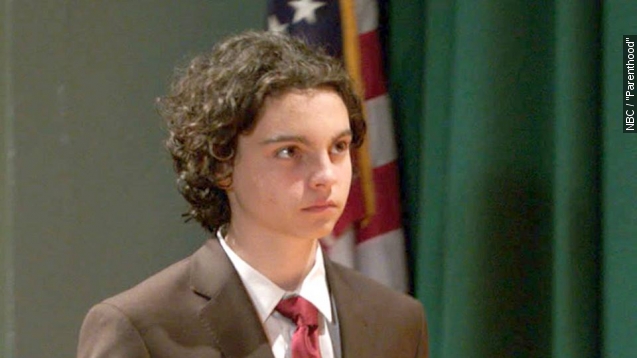 Between #squadgoals, TV reboots and on-fleek eyebrows, there has been a mix of on-point and outlandish pop culture trends in the past few years. But here's one we have absolutely zero complaints about: incorporating characters with autism into TV series.

"Sesame Street" has continued to reinvent its relevancy by introducing a new video series that aims to "normalize" autism.

Even though autism has become a prevalent disorder in our society, children with autism are five times more likely to be bullied than their neurotypical peers.

NBC's "Parenthood" was one of the first TV series to feature a character with autism. Max Braverman, played by actor Max Burkholder, had Asperger's syndrome on the show that ran from 2010 to 2015.

Asperger's syndrome is a variation of autism. Burkholder, his character and the show were largely praised for showing the realistic ups and downs of a child living with the disorder.

The realism of the portrayal comes from the personal experience of the show's executive producer, Jason Katims. He has a son with Asperger's syndrome.

Other celebrities are also helping raise awareness about autism.

Chase Bailey is a 13-year-old chef who was diagnosed with autism as a child. His YouTube culinary channel has 15,000 followers, and he recently cooked alongside Conan O'Brien at the Autism Speaks Celebrity Chef Gala. (Video via YouTube / Chase 'N Yur Face)

Chase also filmed a Halloween special with Sting's daughter, actress Fuschia Sumner, where she showed him how to make one of her favorite soup recipes. (Video via YouTube / Chase 'N Yur Face)

Another TV character cited in autism blogs as a pop culture figure who has helped the community is Sheldon Cooper on "The Big Bang Theory."

The show's writers told Jim Parsons, the actor who plays Sheldon, that the character does not fall on the autism spectrum. But Parsons told Adweek that after researching the disorder, Sheldon "certainly shares some qualities with those who do." (Video via CBS / "The Big Bang Theory")

Parsons says that because Sheldon does not officially have the disorder on the show, it helps combat the stigma — something he says he relates to as a member of the gay community. "It's nice when you see gay characters as normal people. ... This is who this person is; he's just another human." (Video via CBS / "The Big Bang Theory")