How Police Leaders Want To Fix US Mass Incarceration 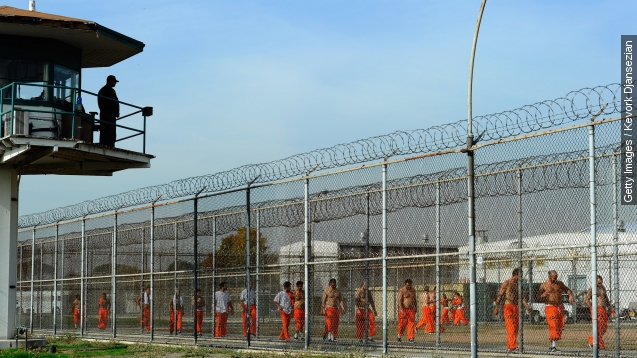 SMS
How Police Leaders Want To Fix US Mass Incarceration
By Kate Grumke
By Kate Grumke
October 21, 2015
A group of prosecutors and police chiefs is introducing criminal justice reforms in an attempt to cut mass incarceration rates in the U.S.
SHOW TRANSCRIPT

The U.S. has an incarceration problem, and the people in charge of incarcerating are trying to change it.

Seventy-two percent of people behind bars are nonviolent offenders with no history of violence.

And mass incarceration greatly affects families. One in 28 children in the U.S. has a parent in prison.

To try to fix these problems, a group of more than 100 law enforcement leaders has a plan to overhaul the system.

One of their main priorities is increasing access to mental health and drug treatment as an alternative to incarceration. The group says "50 percent of prison and jail inmates have a diagnosed mental illness, and 65 percent of prisoners meet medical criteria for substance abuse and addiction."

New York City's police commissioner, who is one of the officials in the group, told The New York Times, "You can't arrest your way out of the problem."

Minimum sentencing laws mean for certain offenses, defendants automatically get a set punishment. It's basically a one-size-fits-all approach to punishment, and it's usually used in drug cases. That's important because more than half of all federal inmates are incarcerated for drug-related reasons.

The issue is also being addressed in Washington.

"There are two big problems that we face as a result of these mandatory minimum sentences within our federal system. First, they're not needed to ensure public safety and second, they're having a negative impact on certain disadvantaged communities," Sen. Mike Lee said.

The officials are also calling for changes to laws that they say are overly harsh and need to be more balanced. The group says the number of acts considered crimes have increased and so have punishments for crimes. The average prison stay has increased 36 percent since 1990.

"Over the last few decades, we've also locked up more and more nonviolent drug offenders than ever before, for longer than ever before. ... In far too many cases the punishment simply does not fit the crime," President Obama said.

Finally, the group wants to strengthen trust between law enforcement and the public, an issue that's been at the center of the discussion on criminal justice reform in the past year because of the many publicized police shootings of unarmed black men.

The group will meet with President Obama on Thursday.