How Not To Land Your Dream Job: Send HR A Naked Selfie 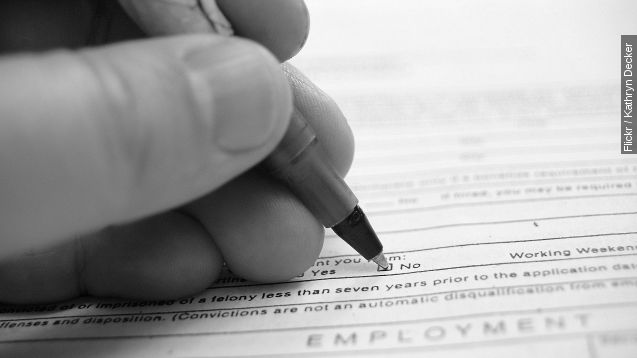 Here's one way to bomb your job application.

"A job candidate in Chicago accidentally sent a naked selfie to the company's HR manager. And if that wasn't bad enough, he sent a second one. And then he said it was just an accident and they were meant for someone else," said a Fox News anchor.

It goes without saying, the guy didn't get the job. Not only that, the HR manager called the police.

No charges were filed, according to The Chicago Tribune, which brings us this cautionary tale.

Now, you'd be forgiven for thinking this was the first naked selfie ever sent to a prospective employer.

But it happened before in Dallas. Texas Workforce Solutions got an application via email — complete with a phallic photo attached.

Then there was this. "Who am I? I am Brian Zulberti, Esq. I am an attorney from Wilmington, Delaware." He decided to get creative with the job hunt.

"I started sending emails out to all of them. Obviously the picture I included showed me in my muscle tee. ... I am that guy that takes pictures of himself in my underwear in my mirror. That’s me." (Video via The News Journal)

No word yet on whether his antics paid off. But generally speaking, a word to all you job seekers out there — double-check before you hit "send."