How Nervous Should You Be About The New 'Yelp For People'? 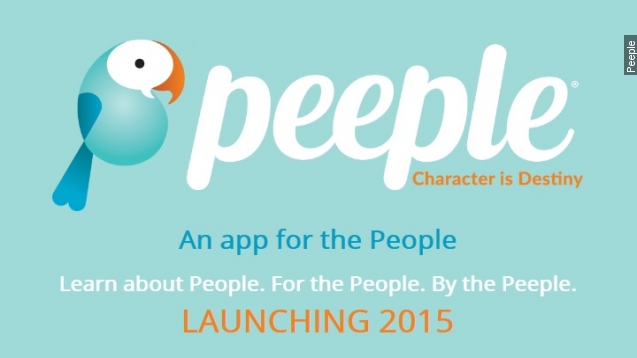 SMS
How Nervous Should You Be About The New 'Yelp For People'?
By Steven Sparkman
By Steven Sparkman
October 1, 2015
A new app that lets people rate each other is being pretty much universally attacked as a terrible idea.
SHOW TRANSCRIPT

That's how a new app that lets you rate other human beings is being promoted. (Video via Yelp)

Peeple, which is set to launch before the end of the year, will reportedly let you give your fellow homo sapiens a one-to-five star rating. And the ratings are there for good.

The app is being pretty much universally panned, with Fortune saying it sounds "truly awful," and The Washington Post calling it "terrifying." Peeple also quickly drew comparisons to the fictional app MeowMeowBeenz from the show "Community," which let users rate each other and quickly destroyed society.

Is it possible people are overreacting, though? The app's co-creator Julia Cordray says it's about spreading love and positivity. She says negative ratings aren't anonymous, and you get a chance to stop them from showing up on your profile.

"That comment does not go live right away on the app. It goes into your inbox on the app. Now, you have 48 hours to face that person and work it out," Cordray told CTV.

So you only have to log in and have a direct confrontation at least once every two days to keep someone's negative opinion about you from haunting you forever. Sounds like a good way to drive traffic, at the very least.

But the ability of apps like this to ruin your life is directly related to how often people use them. And historically, people-rating apps haven't exactly become the next Facebook.

"Critics say this could ruin your business and your career," CNBC host Erin Burnett said.

When Unvarnished appeared in 2010, it got the same treatment as Peeple.

A New York Times writer called the app, which let you review coworkers anonymously, "a public bathroom wall for everyone on the planet." The creator of Unvarnished soon found himself on the defensive.

But Unvarnished soon became Honestly.com, which soon became TalentBin, which is now a service on Monster.com that lets employers find tech and creative talent that isn't trying to be found. Still a little invasive, maybe, but at least it's not your own personal YouTube comments section anymore.

Here's to hoping Peeple becomes something entirely different, too.