How Much Fat Should You Eat? Researchers Disagree 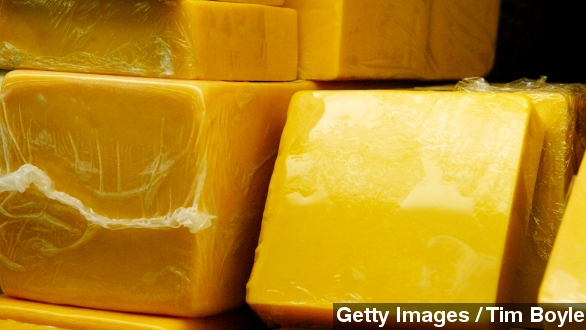 SMS
How Much Fat Should You Eat? Researchers Disagree
By Madison Burke
By Madison Burke
February 10, 2015
Researchers say U.S. and U.K. fat consumption recommendations were based on faulty studies, while some experts say the old research has its merits.
SHOW TRANSCRIPT

For almost 30 years we've been told limiting fat intake lowers the risk of heart disease, but now some researchers are questioning some of the original studies.

The US and UK governments introduced national dietary advice on fat consumption in the '70s and '80s and recommended reducing overall fat consumption to 30 percent of a person's total energy intake and saturated fat to 10 percent to lower the risk of heart-disease.

Now, researchers say the studies behind those recommendations aren't valid because they only included men and found no solid connection between reduced fat intake and a lower risk of heart disease.

They wrote, "Dietary advice not merely needs review; it should not have been introduced."

They say the recommendations made saturated fats the "main dietary villain" for cardiovascular disease, while an abundance of other foods, like carbohydrates, could also pose a threat.

But these modern researchers are facing some criticism from the scientific community.

The Telegraph calls the new research "controversial" and quotes experts saying the link between saturated fats and heart disease should not be diminished.

And Science Media Centre cites a scientist who calls the new research "potentially dangerous" saying the original recommendations have caused improvements in the population's cholesterol levels over the past 30 years.

The American Heart Association says eating foods with saturated fats can raise cholesterol, which then can increase the risk for heart disease and stroke.