How Much Does Immigration Matter To Republican Voters? 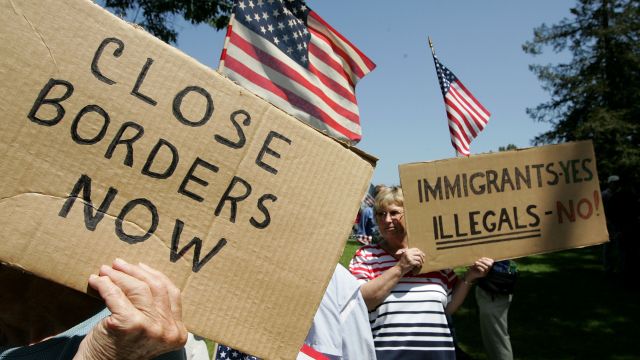 SMS
How Much Does Immigration Matter To Republican Voters?

By Elizabeth Hagedorn
February 25, 2016
For all the attention immigration gets on the campaign trail, it's far from a top priority among most Republican voters.
SHOW TRANSCRIPT

In the Republican race for president, illegal immigration might be the single-most talked about issue.

“If it weren’t for me, we wouldn’t even be talking about illegal immigration,” Donald Trump said.

But that doesn’t make it the top issue for Republican voters.

Polling in the early contest states suggests fewer than 15 percent of Republican voters consider immigration to be the No. 1 issue facing the country.

What does concern Republican voters? Those same polls had Republicans consistently ranking the economy, national security and terrorism higher.

This is all to say, despite the fiery immigration rhetoric you hear on the campaign trail, the issue remains a fairly low priority for most of the GOP electorate.

There is an exception: Donald Trump supporters repeatedly rank immigration as the top issue.