How McDonald's Plans To Reverse Slide Down Fast-Food Chain 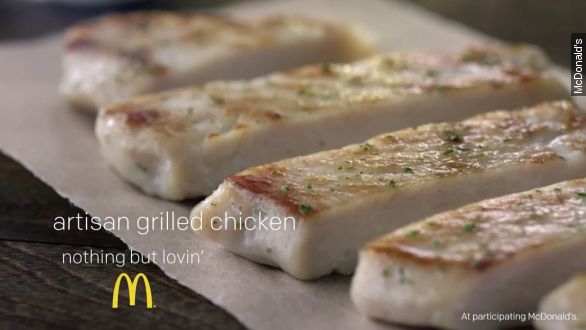 SMS
How McDonald's Plans To Reverse Slide Down Fast-Food Chain
By Jamal Andress
By Jamal Andress
May 4, 2015
McDonald's CEO Steve Easterbrook laid out several steps Monday that he said will help the restaurant chain with its turnaround.
SHOW TRANSCRIPT

"The reality is, our recent performance has been poor. The numbers don't lie," said McDonald's CEO Steve Easterbrook.

That's McDonald's CEO Steve Easterbrook explaining why changes are necessary for the famous fast-food brand, which has had not only months but years of slowed growth and shrinking revenue.

On Monday, Easterbrook laid out several steps he says will help McDonald's with its turnaround — first of which is simply serving better quality food.

McDonald's has already started serving its "artisan grilled chicken," which it promises is 100 percent chicken breast with no artificial flavors or preservatives. Easterbrook also boasted a new "sirloin burger" from McDonald's. (Video via McDonald's)

Potential customers are opting for McDonald's competitors, like Five Guys or Shake Shack. Shake Shack, for example, has seen its stock price rise almost 70 percent over the past year. McDonald's claims it will improve the quality of its food to keep up. (Video via Shake Shack)

But McDonald's is just the latest fast-food restaurant to try its hand at fast-casual dining. Remember Taco Bell's Cantina Bowl? Also Yum Brands — who owns Taco Bell, KFC and others — has the Banh Shop, a fast-casual dining experience with Southeast Asian-style food.

And fried-chicken chain Popeyes has seen exponential growth in revenue and stock price since it remodeled stores across the country for a cleaner, more modern look. Popeyes' stock price has jumped five-fold in the past five years.

"Our structures are too cumbersome, decision-making too slow; we must make our scale count by simplifying and getting closer to market," Easterbrook said.

McDonald's also says serious corporate restructuring is in order. Easterbrook plans to group McDonald's various markets by size and needs, rather than location. The United States will be its own group, but there will also be "international lead markets," "high-growth markets" and "foundational markets" all with their own leadership teams.

Easterbrook also placed a serious focus on more franchise-owned McDonald's around the world, saying he plans to open at least 3,500 franchise-owned locations by 2018, up from the previously planned 1,500. (Video via CBS)

All of this comes on the heels of another very bad quarter for the golden arches. McDonald's reported an 11 percent decrease in revenue and a nearly 30 percent drop in profits for the first three months of the year.