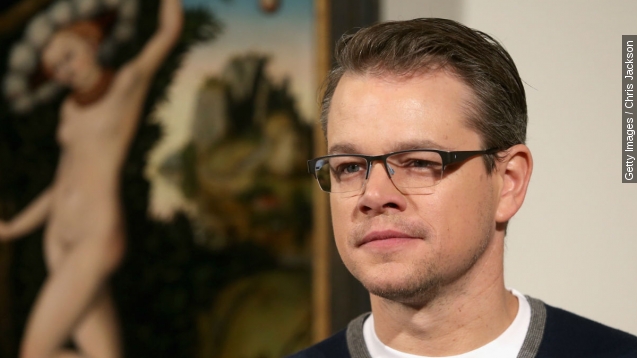 Matt Damon has found himself in hot water over some comments he made about diversity in film.

The comments came on his HBO show "Project Greenlight" where he and Ben Affleck award a $3 million film budget to amateur filmmakers.

"If you want to be a filmmaker, the single hardest thing is to get people to believe in you," Affleck said.

Damon and Effie Brown, another panelist on the show, were discussing which directing team to choose. Brown wanted a team of consisting of a white female and an Asian male because she felt a diverse team would give a better treatment to one of the characters in the film. (Video via Loyola Marymount University)

This lead to the term #Damonsplaining to circulate on Twitter, with many accusing Damon of talking down to Brown and implying diversity was only important in front of the camera.

Damon's comments come at a time when diversity in Hollywood has been a hot topic of discussion.

A report found that diversity in the top 100 films of 2014 were very low with only 5 percent of content creators being black and only 2.4 percent were Asian. The numbers were only slightly better for women.

And another study found that when a movie has at least one women in an executive producer or creative position, then there are typically more women on- screen. (Video via Paramount Pictures)

In a separate interview during the show, Damon stood by his comments saying, "This competition is about giving someone this job based entirely on merit and leaving all other factors out of it."