How Langston Hughes Led To A 'Dream' MLK Discovery 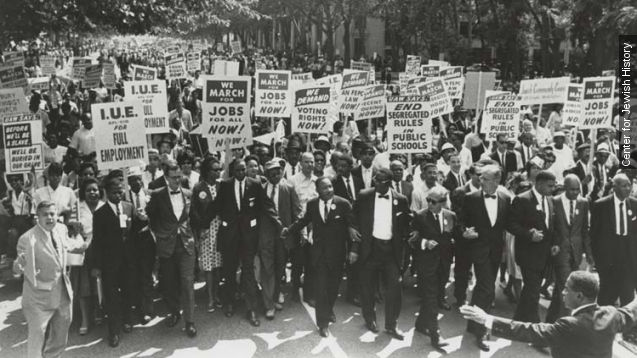 A historian's work on the link between Martin Luther King, Jr.'s work and the work of Langston Hughes helped unearth a major find: the earliest recorded version of King's iconic "I Have a Dream" speech, captured nine months before he delivered it on the steps of the Lincoln Memorial. (Video via Universal News)

"These wonderful residents in the city of Rocky Mount have known about this. ... But there is no substitute for hearing Dr. King at the height of his oratorical prowess," Jason Miller said.

"The words that he brought to Rocky Mount were words of encouragement that we really needed there," said Herbert Tillman, a former student in Rocky Mount at the time.

Miller was researching the link between Hughes' and King's references to dreams when he stumbled across the speech transcript and later found the recording. (Video via History Channel)

Hughes is remembered partly for his poetry about dreams, especially "I Dream a World" and "A Dream Deferred." According to Miller, King mentioned "A Dream Deferred" in a sermon just after the Broadway open of the play, "A Raisin in the Sun." (Video via CBC)

"Hughes wrote about dreams his whole life. He said, 'What happens to a dream deferred?' But he also said, 'Hold fast to dreams,' and he said, 'I dream a world.' And Dr. King was first attracted to the negative aspects of dreams in 1959," said Miller.

Miller co-produced a documentary on the connection between King's and Hughes' work called "Origin of the Dream" and has been releasing the restored audio as part of that project. (Video via Vimeo / Rebecca Cerese)

This video includes images from the Library of Congress.

An earlier version of this video claimed Hughes wrote the play "A Raisin in the Sun." The title is borrowed from a line in Hughes' poem, but the play was written by Lorraine Hansberry.