How ISIS' Twitter Army Could Be Used Against It 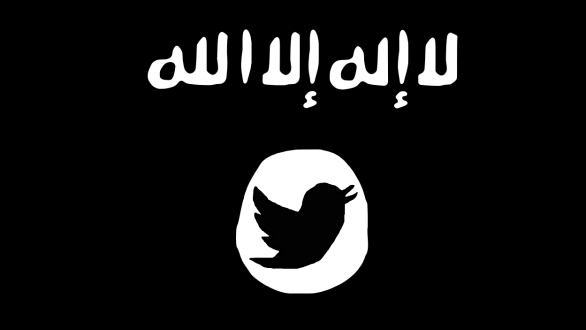 SMS
How ISIS' Twitter Army Could Be Used Against It
By Jake Godin
By Jake Godin
March 17, 2015
A Brookings Institution report quantifies ISIS' reach in the Twittersphere and suggests its social media data could be used for intel purposes.
SHOW TRANSCRIPT

Forty-six thousand. That's the lowball estimate for how many pro-ISIS accounts existed on Twitter in 2014. It comes from a new study published by the Brookings Institution's Center for Middle East Policy.

The report, titled "The ISIS Twitter Census," analyzed different facets of ISIS supporter accounts on the social media site. It was authored by J.M. Berger, a nonresident fellow of Brookings, and Jonathan Morgan, a data scientist. (Videos via Foundation for Defense of Democracies and O'Reilly Media)

In total, Berger and Morgan analyzed 20,000 pro-ISIS Twitter accounts and the almost 5.4 million tweets that came from them.

On average, pro-ISIS accounts have about 1,000 followers. That's much higher than the average Twitter user, which has around 208.

With that said, 73 percent of the accounts analyzed still had fewer than 500 followers. Only 4 percent had more than 5,000.

When it came to location, geotagged tweets placed most supporters in Syria, Iraq and Saudi Arabia. Western countries weren't absent, with a handful of accounts being traced to France, Brazil and the United Kingdom.

So what are we supposed to do with all of this data? Berger and Morgan say there are two big advantages to having this information: intelligence and determining the effectiveness of Twitter suspensions.

By observing where these users are tweeting from, Berger and Morgan say profiles can be vetted for whether they're providing reliable information on ISIS operations and local events. This is especially true when coming from the smaller accounts.

The data can also be used when verifying the importance and authenticity of any ISIS propaganda once it's been released.

Berger and Morgan also found that Twitter's efforts to suspend ISIS-affiliated accounts seem to be working — sort of.

It's essentially creating an echo chamber. The more pro-ISIS accounts that get suspended, the more they talk to each other rather than to outside accounts.

While this shuts out folks who could eventually become radicalized, it also means those within the echo chamber might become radicalized more quickly. And it further separates radical users from more moderate accounts.

With their data, Berger and Morgan say Twitter could theoretically eliminate the bulk of ISIS activity on its social media platform. They don't recommend doing that, however, since it'd both eliminate the intelligence sources and be a questionable infringement on free speech.

But Aaron Zelin, a fellow of the Washington Institute and expert on jihadists, told the BBC what you won't find on Twitter is evidence of how ISIS recruits its fighters. That, he says, is done over private messaging applications like WhatsApp or Skype.

Berger and Morgan's 97-page report comes out the same week as a Twitter crackdown on ISIS-affiliated accounts. The social media giant reportedly suspended as many as 2,000 profiles this week.