How ISIS Distorts The Teachings Of Islam 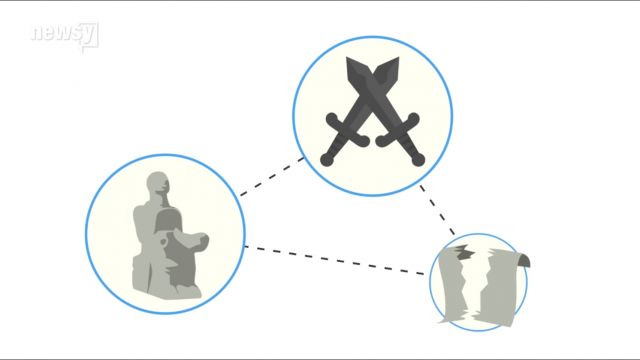 SMS
How ISIS Distorts The Teachings Of Islam
By Jake Godin
By Jake Godin
July 5, 2016
Mubin Shaikh, a former extremist and ex-spy, explains how an oft-quoted verse from the Quran is often done in the wrong context.
SHOW TRANSCRIPT

Mubin Shaikh was once lured toward violent extremism. But after breaking up a Canadian terror plot, he now works to deradicalize ISIS sympathizers through Twitter. This is his take on how ISIS and other extremist groups distort Islam's teachings to justify their violence.

"So, very famous verse, chapter nine, verse five, people quote this and quote it the same way I used to quote it. It says, 'Kill the unbelievers wherever you find them.'

"Well, that's not what the verse says. It actually says 'mushrikeen' talking about polytheists, pagans. So what pagans are they talking about?

"Well, as my teacher would say to me: 'Do you normally begin reading chapters from verse five? You should probably start from verse one, and verse one says this is in regards to a group — a group — among the polytheists who broke the treaty between the believers.'

"And then as you go through verse two, especially verse four, it says, 'Excepted in this are those who did not break the treaty,' did not fight you and expel you from your homes.

"So that's the condition in which you're allowed to fight. And this license that's being given to fight these pagans is that one group of pagans who broke the treaty. So to turn that into this open license to kill unbelievers wherever you find them is completely false."