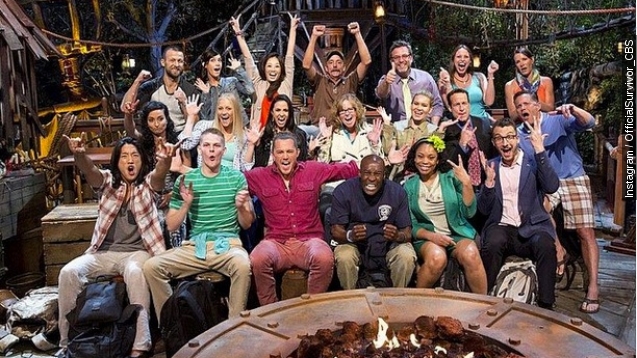 SMS
How Is 'Survivor' Still Going Strong, 31 Seasons Later?
By Katherine Biek
By Katherine Biek
May 21, 2015
"Survivor" is heading into its 31st season, but how is the show still getting decent ratings after 15 years on the air?
SHOW TRANSCRIPT

"Our 30th season is over, and it's time to find out who'll be playing in our 31st season," Probst said.

Yes, that's right. "Survivor" is heading into its 31st season this fall. How is that even possible?

The reality competition show has been airing on CBS since 2000 and has held pretty steady in the ratings since the beginning.

And while "Survivor" no longer gets the large number of viewers it once got in early seasons, it's most recent 30th season still held its own.

The show's two-hour season finale Wednesday night was the most watched show it its time slot, with a 2.2 rating in the adults 18-49 category and almost 9.5 million people tuning in.

Now, we should point out that those ratings occurred when "Survivor" was up against summer reality competition shows like "500 Questions" on ABC and "MasterChef" on Fox.

But "Survivor" still remained on top earlier in the season when it was up against highly watched spring programming like "The Middle" and "American Idol."

For the upcoming 31st season, CBS involved the viewers at home, allowing them to choose 20 former contestants to return for a second chance. The show has previously brought back contestants for its "All-Stars" and "Heroes vs. Villains" seasons.

There's also the fact that "Survivor" is pretty cheap for CBS to produce, well, by TV standards. According to The New York Times, it costs $2 million to make one "Survivor" episode. That's about $1 million cheaper than other scripted shows.

And finally, despite 15 long years on the air, "Survivor" is still engaging for its viewers.

Entertainment Weekly applauded the show for "its ability to reinvent itself every single season while retaining elements of the original formula — physical challenges, Tribal Council, the dopey catchphrase 'The tribe has spoken' — that fans know and love."