How Iraq's Assault To Retake Ramadi Stacks Up Against Other Cities 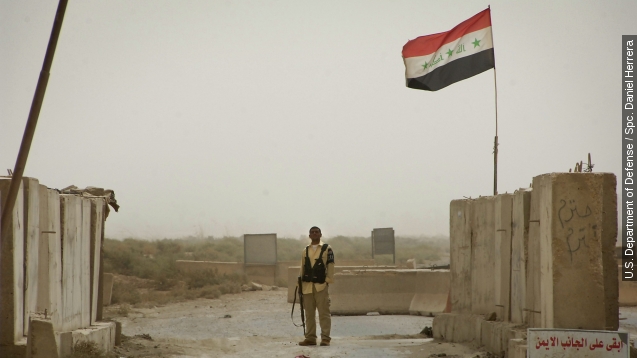 SMS
How Iraq's Assault To Retake Ramadi Stacks Up Against Other Cities
By Jake Godin
By Jake Godin
December 10, 2015
Iraq is making its move to retake Ramadi — but how does this assault compare to when it recaptured Sinjar, Tikrit or Baiji?
SHOW TRANSCRIPT

Iraq is trying to retake the city of Ramadi from ISIS.

But is it going to be a quick fight, or more long and drawn out? Let’s take a look at previous operations…

First there was Tikrit, in central Iraq. ISIS captured it in 2014.

The operation to retake the city began in March 2015 and ended around a month later. It moved pretty rapidly in the beginning but eventually stalled after the combined ISF-Shiite military forces reached urban areas.

The fight to retake Baiji, also captured in 2014, took a little longer.

Both the town and its nearby refinery switched hands between the ISF and ISIS militants multiple times, so it’s a little different from Ramadi and Tikrit. It took until November for another combined ISF-Shiite military force to completely drive ISIS out of the area. (Video via Popular Mobilization Forces / Stahlgewitter Syrien)

Then there’s Sinjar, one of the quickest battles so far.

Kurdish militias coordinated without the ISF to retake Sinjar in less than 48 hours, although it probably helped that Sinjar isn’t nearly as big of a city as Tikrit. Kurds are still dealing with IED booby-traps left behind by ISIS fighters.

All of these operations have been backed by coalition airstrikes, which help with urban fighting and hamper ISIS suicide trucks.

So far, the Ramadi operation’s off to a good start. They’ve already liberated some parts of the city and are moving in on ISIS from all sides.

How quickly they can recapture the city will be a good measure of how difficult it will be to retake the real prize: the ISIS stronghold of Mosul.