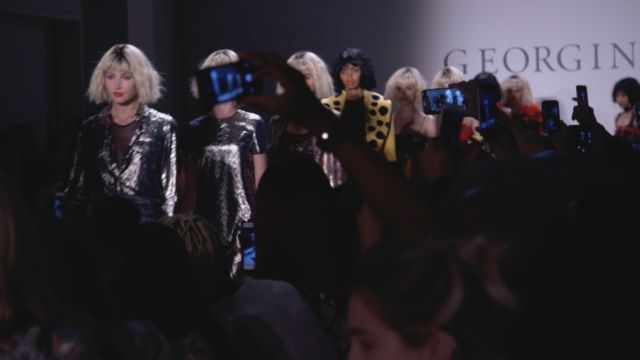 SMS
How Instagram Completely Reshaped The Modeling Industry
By Noor Tagouri
By Noor Tagouri
November 3, 2016
For young models, it's tough to break through without an impressive follower count.
SHOW TRANSCRIPT

Let's face it. People are making careers off Instagram. It's a place for e-commerce and a place for aspiring models to be discovered. But in a world of Jenners and Hadids, how important are numbers in the modeling world, and how has the game changed?

What happened within agencies when Instagram started taking off?

"It was a game-changer," Wilhelmina agent Jorge Urena said. "Now, people want more than just a pretty face. They want a personality. So Instagram became a place where models could showcase who they are. Everyone just wants numbers and models that are very involved with their social media. It's like a second job for the models."

"What did they need to know that you're good at? Walking and looking good," model Ana Gilca said. "Now, you put your name, you put your agency, and the next question is how many followers you have."

For people like Gilca, modeling was an opportunity for her to leave her home country of Moldova and earn a better living. And for young girls in the industry, it's really hard to catch a break if you don't have the numbers to show for it.

"Before the clients weren't even looking at numbers," Urena said. "Now, we do hear a lot where clients are like, 'Oh, they don't have a certain amount of numbers? We're not even going to look at the girls.'"

In an oversaturated online community where we see so many people with so many similar posts, the numbers game has just gotten harder.