How Hyperloop Could Make Speedy Travel Cheap — Or Even Free 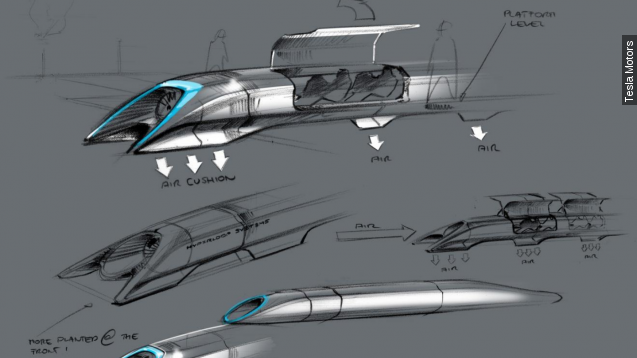 SMS
How Hyperloop Could Make Speedy Travel Cheap — Or Even Free
By Leah Becerra
By Leah Becerra
October 26, 2015
Constructing the first Hyperloop could be much faster and cheaper than you might think.
SHOW TRANSCRIPT

Hyperloop Transportation Technologies wants you to get where you want to go fast and for very little money.

The company, set up by Elon Musk, is in the process of filing to build the first full-scale Hyperloop test track.

Once that's done, the firm's COO says it will only be 32 months until passengers can ride.

The test track will be located halfway between Los Angeles and San Francisco in a town called Quay Valley.

This super-fast transportation tube would run 8 kilometers and is expected to cost $150 million. (Video via CNN)

If all goes well, HTT hopes to roll out globally. And eventually the Hyperloops could be a form of everyday transportation.

HTT's plan is to make it not just fast, but an inexpensive — maybe even free — way for people to get around.

To make that a reality, HTT would sell ad space on the outside of the tubing. It would be a lot like how billboards are sold — except way more exciting to look at.

The tracks would also be lined with solar panels. So, selling excess electricity back to the grid could also help keep prices low.

Wired writes, "This, [HTT] hopes, would allow the system to be cheaper than air, road or bus transit — or even free."

This video includes an image from Elliott Brown / CC BY 2.0.