How Humans Can Try To Prevent Sixth Mass Extinction 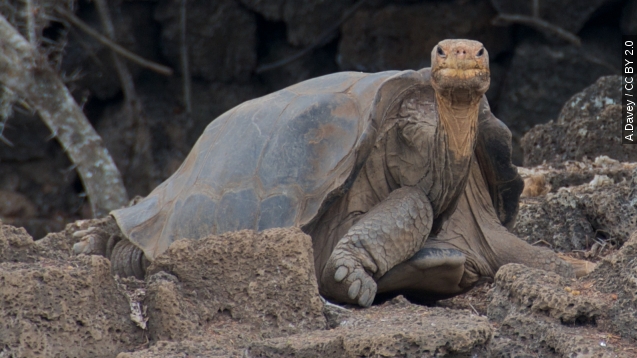 SMS
How Humans Can Try To Prevent Sixth Mass Extinction
By Kate Grumke
By Kate Grumke
June 20, 2015
Scientists are warning the planet is in the early stages of a mass extinction, but they say there is something humans can do to prevent it.
SHOW TRANSCRIPT

Scientists have a dire warning for us; that we are in the beginning stages of a mass extinction that could threaten humanity's existence. (Video via NASA)

"We are now entering another one of these events that could easily, easily, ruin the lives of everybody on the planet," said Stanford professor Paul Ehrlic.

Before, some scientists had challenged theories that extinction was happening at a rate that hasn't been seen for millions of years, saying researchers overestimated the crisis.

But new research published in Science Advances found that even by extremely conservative measures, "species are disappearing up to about 100 times faster than the normal rate between mass extinctions, known as the background rate."

The last mass extinction the earth saw was 66 million years ago — the demise of dinosaurs. That extinction and others before it are believed to have been caused by large-scale natural disaster. (Video via Discovery)

Now, the researchers say we're already seeing the beginnings of what would be the first mass extinction that was caused by a species on Earth. And it's not just species being completely wiped out that poses a problem, but also populations dwindling to the point they can't fill their niche in an ecosystem.

"We are not likely to lose the honeybee as a species, but we're already losing it in lots of places were it's very important say for pollinating your almond orchards," said Ehrlich.

Researchers say we could avert this crisis through more intense conservation methods.

In an op-ed for The Huffington Post, one of the study's researchers, Anthony Barnosky, gave some tips for the extinction crisis that he says is very real. (Video via University of California, Berkeley)

And he suggests supporting conservation organizations, like the World Wildlife Fund, by symbolically adopting an endangered species.

Barnosky also says we all need to try to reduce our carbon footprint to try to slow global warming. That advice comes as earlier this month scientists at NOAA found what was thought to be a hiatus in the rise of global temperatures could be explained by problems with the way temperatures are measured. The hiatus has been a major argument touted by global warming skeptics.

Barnosky says people should also make sure they are buying products that don't threaten species, whether that be indirectly through deforestation or directly from products like ivory from elephants. Just Friday, the U.S. Fish and Wildlife Service tried to raise awareness about the ivory black market by crushing one ton of it in New York City. (Video via U.S. Fish and Wildlife Service)

If humans fail to act, the lead researcher said, "life would take many millions of years to recover, and our species itself would likely disappear early on."