How Huckabee And Carson Want To Overhaul Taxes 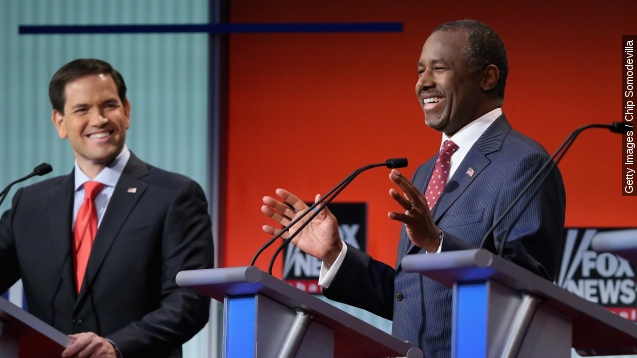 "...is paid by everybody including illegals, pimps, drug dealers, all the people that are free loading off the system right now."

"We can get rid of the Internal Revenue Service if we would pass the fair tax. A tax on consumption rather than a tax on people's income."

Huckabee's fair tax proposal would replace federal income taxes with what's essentially a sales tax. It's kind of controversial in that while he says it benefits everyone, critics say it disproportionately affects the poor.

"What I agree with is that we need a significantly changed taxation system."

Ben Carson's tax plan is similar in that it's also a flat tax of sorts, though his is perhaps more divinely inspired than Huckabee's — about 10 percent of income no matter how much you make — based off Biblical tithing.

That plan, too, has been criticized as a disproportionate burden to the poor — criticism Carson has countered as "very condescending."