How Hotels Are Making Billions Off Surcharges 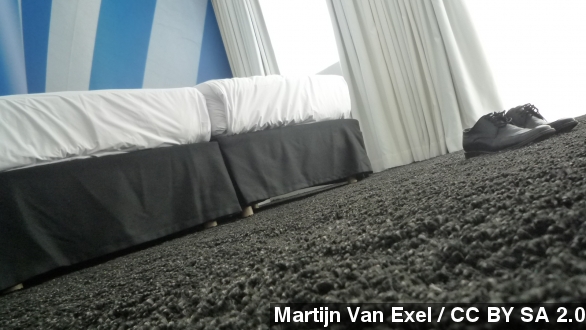 SMS
How Hotels Are Making Billions Off Surcharges
By Cliff Judy
By Cliff Judy
August 26, 2014
A New York University professor says hotels will charge a record $2.25 billion in fees in 2014.
SHOW TRANSCRIPT

There might be nothing more infuriating than expecting to pay one amount and then realizing you'll have to bust out ... ahem, more.

A New York University professor revealed Monday hotels are expected to charge $2.25 billion in hotel fees this year, surcharges so devoid of customer value they often make the hotels a 90 percent profit.

And when we say devoid of value, we mean we're all getting screwed. The "Today" show's reporter had kinder words.

KERRY SANDERS, NBC REPORTER: "The hotels have ripped a page right out of the playbook from the airline industry."

Some examples: a hotel in Virginia charges guests for parking even if they don't bring their car. And one Orlando hotel tacks on an extra $70 if you want to pick up a package from UPS or FedEx at the front desk.

In some cases, it's tough to tell what exactly you're being charged for. Some hotels in Vegas add a so-called "resort fee," whatever that means.

And it seems like everyone is repeating that same line.

CBS ANCHOR: "Well, when it comes to fees, hotels are becoming more like the airlines."

That's likely because an Associated Press reporter who published one of the early stories on this study made the airline comparison in his first line. The comparisons aren't all that unfair, though. Because again, the fees are so common, some airlines champion it when they don't charge them.

SOUTHWEST AIRLINES EMPLOYEE: "They're charging bag fees right out in the open. They're not even trying to hide it."

But for all the hate against airlines, the groups that might have us really hemorrhaging money are probably the ones handling our money.

In the world of processing fees and all the other complicated things banks and money lenders can stick to us, here are some of the worst.

Despite four in 10 prepaid banking card users saying they switched specifically to avoid overdrafts, those cards still incur heavy penalties for overdrafting. Salon reports they also have the standard fees for monthly maintenance, card activation and using them at ATMs.

But the worst of all goes after your life savings. MSN notes the average total expense for small plan 401K's is 1.46 percent, and the outlet says even one percent is too high.

Here are a few tips to keep you from losing out to unnecessary fees when you're on the road.

Use a credit card and not debit card for travel purchases, assuming you can afford to pay off the entire balance. If someone doesn't give you notice they're going to charge fees, you can dispute the charge.

The International Business Times clued us into a travel site called The Suitest, a booking site that gives you information on resort fees, taxes and other fees before you get charged.

Finally, do your research. Ask a hotel in advance if they charge extra fees and read the agreement they give you before you book. The worst they can tell you is no if you ask for fees to be waived, and then you can always find another place to stay.