How Hackers Can Reproduce Fingerprints From Photos 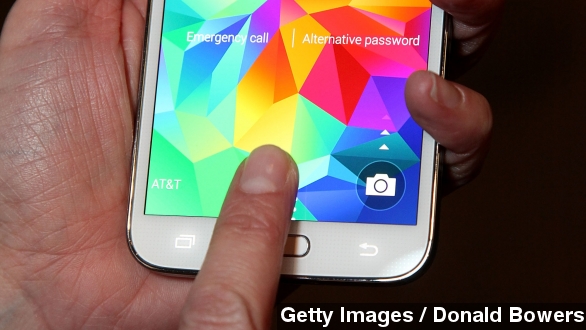 SMS
How Hackers Can Reproduce Fingerprints From Photos
By Matt Moreno
By Matt Moreno
December 29, 2014
A hacker from the Chaos Computer Club used high-resolution photos of Germany's defense minister to reproduce her thumbprint.
SHOW TRANSCRIPT

While you're in the process of deleting all those embarrassing photos of you on social media, you might want to remove photos showing your hands too.

In a presentation Saturday, Europe's largest association of hackers, Chaos Computer Club, showed off just how easy it could be to duplicate someone's fingerprints by using photos. Hacker Jan Krissler showed off how he duplicated the thumbprint of German Defense Minister Ursula von der Leyen.

Krissler, aka "Starbug," says he used commercially available software VeriFinger and a series of photos of von der Leyen to create a copy. (Video via YouTube / JC BS)

Obviously, the claim is troubling, especially for those keeping their iPhones and other devices or personal information secret with the help of fingerprint technology.

The CCC also hacked iPhones with duplicated fingerprints when the technology first came to market, adding to the group's long criticism of biometric security systems. (Via YouTube / star bug)

But a writer for VentureBeat says not to freak out too much. "It's important to keep the findings in perspective. ... This news doesn't mean that fingerprints are suddenly useless. Perfect security measures do not exist, and fingerprints definitely still have their place."

And as Engadget points out, you also need access to high-quality snapshots — so most people likely don't need to worry, but politicians and celebrities might want to be on alert.

Still, next time you're locking up some personal information, you might want to opt for a well-chosen password rather than a thumb scan — just in case.