How Gut Bacteria Let Us Know When To Stop Eating 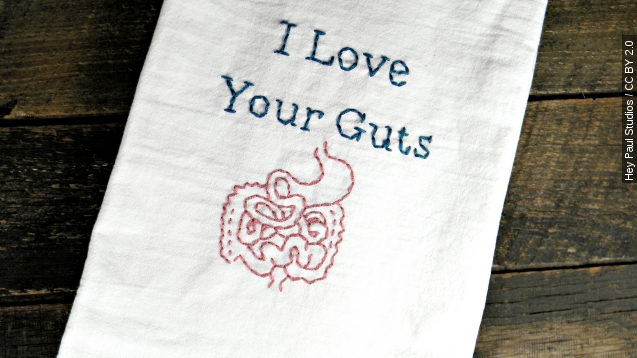 SMS
How Gut Bacteria Let Us Know When To Stop Eating
By Samantha Crook
By Samantha Crook
November 26, 2015
How do we know we're full? Scientists are still trying to answer this question, but it could have something to do with the bacteria in your gut.
SHOW TRANSCRIPT

Why do we stop eating, and how do we know we're full? These are burning questions scientists are still trying to answer, but it could have something to do with the bacteria floating around in our gut.

There's a lot of research about how hormones affect appetite, but a study published this week in the journal Cell Metabolism incorporated how bacteria stimulate those hormones.

This new study focused on E. coli, which represents just a small percentage of the bacteria found in your gut.

Bacteria eat, just like other living things. Researchers found these proteins significantly increased, then stabilized around 20 minutes after the bacteria eats –– the same amount of time studies have shown humans start to feel full.

And when E. coli protein was administered to mice and rats, their food intake decreased after a couple hours.

One co-author of the study told Live Science researchers plan to look further into bacteria's effect on appetite, "particularly in people who are obese or who suffer from binge-eating disorders."