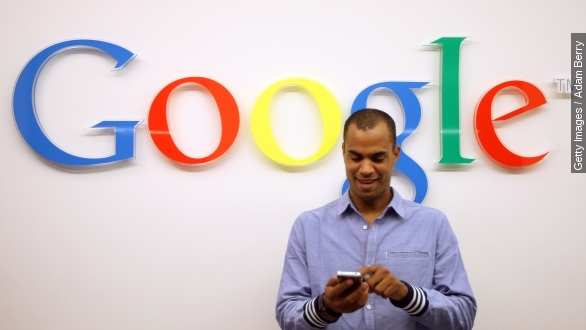 If your website isn't mobile-friendly, prepare to see your Google search rankings plummet.

It's being called "mobilegeddon." Google is tweaking its search results to give preference to sites optimized for mobile devices.

Ok, maybe saying "mobilegeddon" is a little dramatic, but the changes will certainly put some businesses at a disadvantage. Specifically, small and medium-sized businesses that don't have the same tech resources that huge companies have.

The CEO of website building company Duda told Business Insider: "A lot of small businesses are going to be really surprised that the number of visitors to their websites has dropped significantly. This is going to affect millions of sites on the web."

So now the local "mom and pop" diner is even more likely to rank behind major chains in search results.

And it's not just the little guys taking a hit here. Sites for the The European Union, BBC and even Wikipedia all ranked low on Google's "Mobile-Friendly Test."

The test accounts for things like text size, amount of space between links and how the content displays on small screens.

Google says it's simply adapting to the times. A 2014 study found that in the U.S., mobile devices account for 60 percent of time spent on digital media.

But the changes are certainly bad news for sites not optimized for mobile.

Research by online advertising analyst Chitika shows that the first result in a Google search gets almost a third of the traffic share, and if a site doesn't rank in the top 10, then it can pretty much kiss any hope for traffic from the search engine goodbye. (Video via Chitika)

The changes to Google's algorithm go live Tuesday, so sites will have to wait to see just how much this affects their rankings. But the company says it will have a "significant impact."