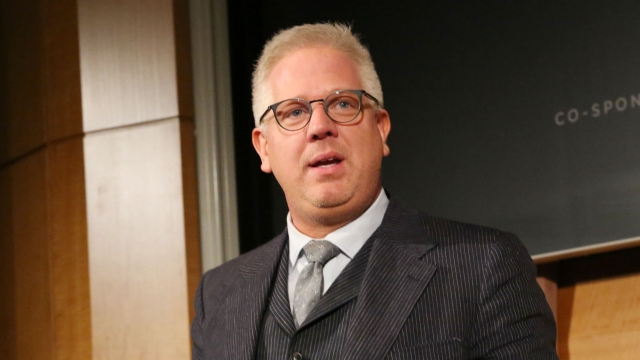 SMS
How Glenn Beck's Defamation Suit Could Damage Ted Cruz's Campaign
By Ben Lawson
By Ben Lawson
March 30, 2016
Glenn Beck, one of Ted Cruz's top supporters, is facing a defamation suit that could have repercussions for the presidential candidate.
SHOW TRANSCRIPT

Glenn Beck has been one of Ted Cruz's most vocal supporters, but a defamation suit a Boston Marathon bombing victim filed against the broadcaster might give Cruz some problems.

The conservative radio host endorsed Cruz earlier this year and has frequently made appearances to support his campaign.

He's also been fighting a defamation suit from a victim in the 2013 attack whom he accused of helping carry out the attack.

Now, court documents The Daily Beast reported on show the case might not be settled out of court and could eventually go to trial.

"You think? I mean is that just you speculating, or are you reporting something?" asked co-host Stu Burguiere.

On his program, Beck accused Saudi national Abdulrahman Alharbi of being involved in the attacks and criticized authorities for releasing Alharbi after questioning.

Whether the case will go to trial will likely be announced this summer.

Which means if Ted Cruz locks in the GOP nomination for president, he'll be campaigning as one of his top allies is facing accusations he publicly defamed the victim of a terrorist attack.

This video includes clips from Fox News and Ted Cruz for President and images from Getty Images.