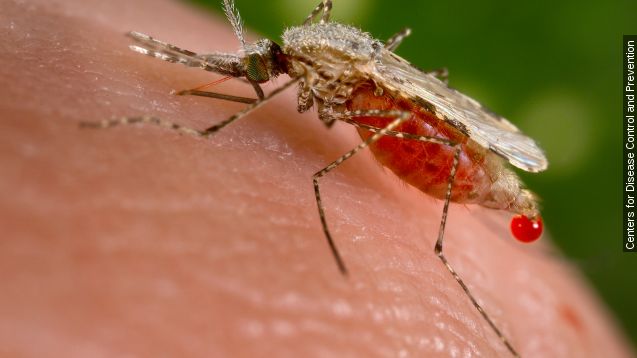 Malaria killed more than half a million people last year. Now, scientists are targeting the mosquitoes that spread it. (Video via Intellectual Ventures)

Scientists studying Anopheles mosquitoes, a common malaria carrier, altered the insect's DNA to reject the parasites that carry the disease. That means whole populations of mosquitoes could potentially become immune to the disease, stopping the spread to humans. (Video via YouTube / Aidan O'Donnell)

The scientists also reported the modified mosquitoes successfully passed the resistance on to their offspring. (Video via Regents of the University of California Television)

But there's a long way to go before field testing, and the scientists say other measures, like mosquito netting and antimalarial drugs, would still be needed to fight the disease. (Video via UNICEF, Centers for Disease Control and Prevention)

Still, it's an alternative to other genetic mosquito control efforts, like the one Florida is pursuing. (Video via Sun-Sentinel)

"It is downright disrespectful and offensive. ... We are humans and we don't like being treated like guinea pigs," residents said during a panel by the Florida Keys Mosquito Control District.

That method has met resistance from locals who opposed field tests. It's aimed at eliminating the mosquito population, which is invasive. (Video via CBS)

That's something communities in Africa facing malaria can't do because of the potential ecological impacts. And that makes this new method of scrubbing malaria out genetically all the more attractive. (Video via International Committee of the Red Cross)

This video includes images from the National Institute of Allergy and Infectious Diseases and Centers for Disease Control and Prevention.